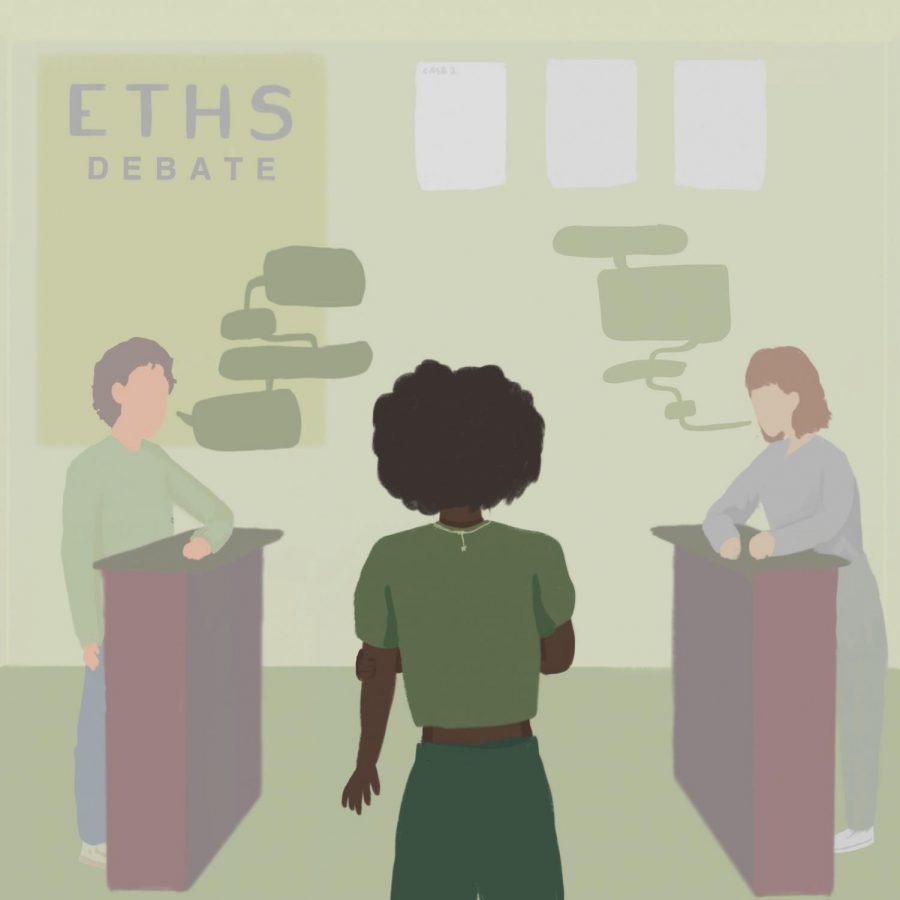 Whether this means feeling like you aren’t equipped to be working with your white peers, or just overall a sense of not belonging, the issue of impostor syndrome is present in many clubs and activities at ETHS, including the Evanstonian. Harvard Business Review defines impostor syndrome as “a collection of feelings of inadequacy that persist despite evident success.” Impostor syndrome often causes self-doubt, and this idea is perpetuated throughout many predominantly white spaces for BIPOC.

Held back, pushed away 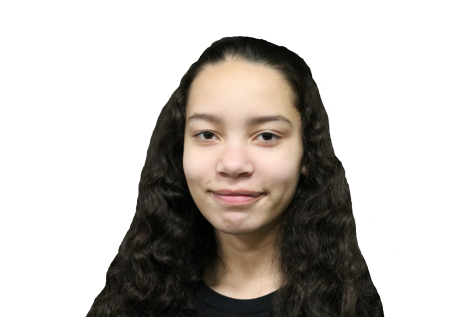 As a person of color, walking into places that are predominantly white, it’s incredibly easy to feel excluded or like you don’t belong. Whether this is intentional or not, the constant crush of white folks contributes to my feelings that I don’t belong for countless reasons, including the fact that no one looks like, or can relate to, you. A phrase called impostor syndrome explains why in numerous situations, it has been difficult for me to find my place in these spaces.

Before I was introduced to the Evanstonian my sophomore year, I didn’t know much about it. As I became involved with it, one thing did become relatively clear: there was a limited number of Black, Indigenous, People Of Color (BIPOC) and diversity on staff. This wasn’t something I was extremely aware of at first, and it wasn’t until I reflected that I realized this truth. Now, in my junior year, I’m on the editorial board, where this lack of diversity has become increasingly clear as I work with writers and review stories.

From my perspective, in the communities I’ve entered that lack racial diversity, I have felt the slight tinge that members wonder what “role” I would play in the space. These thoughts aren’t always translated into actions or even words, simply felt and something I’m constantly aware of. I can feel the questions of ‘Does she have anything important to add?’ ‘Is she even smart enough to be in this space?’ This leads to a feeling of exclusion and being out of place in a seemingly welcome space, as well as the idea that my voice and content ideas aren’t valid.

What this often comes down to is creating a space where every student can authentically be who they are. Whether this be specific to BIPOC or on a broader scale, having a space for equity and inclusion to strengthen the community for every person within it, while simultaneously maintaining liberation. This could be the difference between one who stays in the space, and one who finds themselves drifting away.

“A lot of people feel that way. But it can feel more pronounced when you’re already feeling marginalized because of your race or gender. We all might feel like we’re inadequate, but it can become more pronounced for a person of color,” ETHS English educator and writing ambassador Angela Sangha-Gadsden says.

Within the Evanstonian I would like to say every perspective is represented and has a space, but this is not even relatively true. Being on the Evanstonian as a person of color, a place where voices and pieces are openly shared among staff, impostor syndrome has certainly been increasingly present. I often find myself holding back on writing certain things and, after hearing the ideas of my peers at budget meetings, begin to rethink my original story idea. Though I’ve never been told I can’t write on a certain topic, I’m extremely aware that I’d be one of the few writing stories pertaining to racial or systemic issues. The reality is, in a space like this, they have to be heard. How will they learn or know what our perspectives are if we can’t feel open enough to tell them?

The implication of this is the pushing away people of color interested in joining in activities like the Evanstonian. Additionally, this reality aligns with the historic truth that white people dominate spaces where the voices of people of color need to be heard. the Evanstonian needs a more diverse group of individuals expressing themselves and sharing their stories. Having a predominantly white publication writing to a predominantly white audience only perpetuates the cycle of the crucial stories of BIPOC being pushed away.

Ultimately, experiencing impostor syndrome also perpetuates the idea that these spaces should inherently exclude BIPOC, which couldn’t be farther from the truth. It’s imperative these inequities are brought to the forefront and we are given a space where our voice is shared. If we’re truly open to everyone, a more diverse staff is vital for all to feel represented and heard, which is not the case currently.

Another layer within the Evanstonian becomes positionality—who is writing which pieces, and how their identity impacts their coverage. As mentioned previously within a predominantly white space, there will likely be a predominantly white audience. With this comes the fact that the staff relies on, in our case the few, BIPOC to explore the issues of race and racism within the school and community. One common theme with this is the fact that, when the white people write on these issues, there is less of an opinion distributed. They will report and display the information but remain neutral. And I have found, even when white Evanstonian staff do opinionated their articles, there is an underlying patronizing, pitying tone towards BIPOC and the issues they’re addressing. However, a white reporters’ history of remaining “objective” when reporting on communities of color had not benefited said communities in the slightest as found in a 2016 article by Sage Journal.

“It’s that pressure of being a representative of all because you’re the one, or the few, so you’re carrying the burden. That can be a lot, and it can be like ‘I don’t want to do that, I’m just trying to be me.’ I’m not trying to carry the whole BIPOC experience. It’s exhausting,” Sangha explains.

Finally, when making student publications and co-curricular activities a safer place, a large element has to do with the actions of facilitators of those spaces and what intentions they hold. Although not all of our advisors, sponsors and coaches need to be BIPOC educators or staff, the energy students feel when they enter that space should be welcoming and open.

“Make sure they know that it’s all-inclusive and that they want people of all backgrounds to join so that people don’t feel left out, and they have a safe space to connect with people,” freshman Brianna Ross says.

When this is implemented, impostor syndrome can effectively be prevented within the space, and we can truly be our authentic selves through our work. 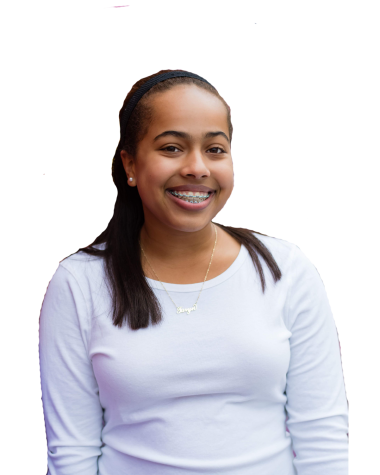 I like to say that I’m desensitized to being “the only one.” When I was younger, I quickly became aware that I was one, if not the only, person of color when taking swimming lessons, going off to sleep away camps, taking music lessons, participating in dance and other after-school extracurricular activities. Today, I look back on my past and I notice how my feelings of being the only person of color affected my self-value and confidence. In fact, I can not help but notice my feelings of ongoing self-doubt stemming from years of participating and having to live in predominantly white spaces. All significant effects from imposter syndrome.

I was first introduced to the Evanstonian in my freshman year. One of my classmates was passing out an issue of the student-written newspaper, and immediately, I was interested in participating. I have always enjoyed writing and I thought it would be the perfect way to get involved, especially as a freshman.

During the first budget meeting, I was amazed at the ideas the other writers had. Similar to other spaces I participate in, the staff was predominantly white. I noticed the staff used words I had never heard before, I felt nervous, and I could not think of any ideas. I felt like I did not belong. I was starting to have second thoughts on joining the school newspaper and I began to blame myself. I thought I was not worthy enough, not smart enough, could not use the right words. I felt embarrassed. This experience was nothing new for me and these feelings arise when I visit a space where no one looks like me or where I feel that no one appreciates my voice.

Dorina Aguilár Rasmussen, Assistant Dean for Student Affairs at the Medill School of Journalism, Media and Integrated Marketing Communications elaborates on this.

“Predominantly white spaces tend to encourage assimilation in spaces where diversity, inclusion and belonging should be prioritized,” Rasmussen explains. “For many POC, including myself, representation matters. It is more than helpful to be in spaces with thought leaders who look like you and with whom you may have shared lived experiences.”

When writing for the Evanstonian a couple of times in my freshman and sophomore years, I thought I had to be extra careful with the words I chose and the stories I wanted to share knowing that the Evanstonian was created by a majority of white students, for a predominantly white audience. My mindset was affected and I began to distance myself from writing even though it is something I enjoy.

At ETHS, moments like this are more common than one may think. It’s not fun, as a student of color, to be interested in something and then take a step back and not experience a potential passion based on who shows up. For me, not feeling “good enough” kept me away from extracurricular activities and AP or Honors classes due to the experience of or fear of not fitting in, of being an impostor.

“I think a lot of people don’t join the club when [they] fear the perception of what would happen. Personally, the reason why I didn’t join certain clubs because I knew that I would be one of the few if not only one. Taking that step out to do something like that is a huge risk, especially if you’ve had a lot of racial trauma growing up,” senior Olamide Thomas explains. “Especially if [you] went to a predominantly white school. I went to Orrington [which] was a very expensive, upper-middle-class school [with] a lot of rich, white kids, in my opinion. I think that really impacted a lot of things I did in my life.”

“In my role at Northwestern, I have seen impostor syndrome displayed among our highly talented students, who feel like certain leadership roles or job opportunities aren’t for them” Rasmussen explains.

Evanston and ETHS communities need to identify the situations and spaces where impostor syndrome may exist, and we need to work and make these spaces more diverse, equitable and welcoming for students of color.

For many POC, including myself, representation matters. It is more than helpful to be in spaces with thought leaders who look like you and with whom you may have shared lived experiences.”

Throughout my experiences, I have recognized the effect of impostor syndrome on my mental health and I have been able to learn that I do belong, and I have a unique perspective to share. It is not until everyone recognizes the value of diversity and people of color, that we can honor all voices and work together in reaching common goals.

Rasmussen concludes, “Diversity is important because it enriches the experiences of everyone involved. It challenges us to be more inclusive and mindful of others, as well as more empathic to lived experiences… We want students to bring an authentic perspective and voice to all aspects of their experience.” 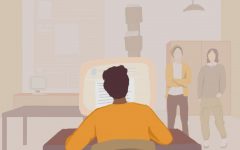 Editorial | We resisted reality, you should too: a reflective issue of the Evanstonian 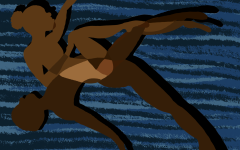 Opinion | Drawing the home that could be 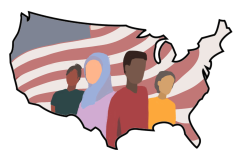 Journalism, me, and the American Dream 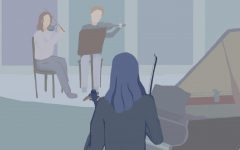 Gatekeeping activities: the damage of stereotyped experiences on Black youth

If you want a picture to show with your comment, go get a gravatar.

The Evanstonian • Copyright 2021 • FLEX WordPress Theme by SNO • Log in