The Issue of E-learning: Looking forwards and sideways

Discussions of reopening have occurred in recent months between faculty and families. Among the more pressing subjects of concern is the grading process, which has further ignited the desire to send students back to in-person schooling. Although the ETHS administration hasn’t solidified a time of return, both it and neighboring schools have outlined their plans on reopening.

ETHSs hybrid model was discussed during a school board meeting and released to the public on July 17. However, due to an outbreak of cases at Lake Zurich High School, the timeline of return to in-person learning has since been postponed indefinitely after concerns were vocalized from ETHS staff.

The plan discussed on July 17 explains that once conditions are deemed safe, the school’s hybrid model will give students the option of returning to the building for two days every other week. On the days that aren’t in-person, students will use enhanced e-learning to communicate and learn. During in-person days, guidelines of social distancing, mask-wearing and lowered capacity will be enforced.

Unlike ETHS, other schools have already begun in-person instruction. Loyola Academy, for example, according to their website, began school with “a successful and safe week of orientation.” However, there was a two-week pause on in-person instruction after a handful of students tested positive for COVID-19.

“The decision [to stop in-person instruction] came after a handful of students had tested positive for COVID-19 and dozens of others were in quarantine for issues related to exposure, travel or symptoms. It is important to note that none of the cases were linked to in-person instruction at Loyola; it is believed off-campus social exposures were the sources of these instances,” Principal Charles Heintz writes in an announcement released on Aug. 23.

Heintz went on to explain the school’s plan on returning to in-person schooling after the two-week shutdown.

“Based on this data and recommendations from our health experts, I believe it is in the best interest of our students, faculty and staff to suspend in-person classes for the next two weeks. We aim to resume our Hybrid Schedule on Tuesday, Sept. 8,” Heintz says.

Loyola followed through on this plan and have now returned to in-person learning.

Similarly to Evanston, New Trier High School has a detailed plan of return but no set date, leaving students and faculty in limbo. Their website provides ample information with a six-step reopening ‘ladder’ centered around a gradual reentry.

As for Evanston, until the administration announces intentions to return to an in-person, hybrid plan,  students will remain learning from their homes.

The ETHS website provides minimal information when it comes to the plan for reopening, as most of the communication between administration and families have been through emails and “E-Town” live videos.

“Due to the uncertainty of the pandemic, the reopening plan will continue to evolve and is subject to change as conditions may require,” the ETHS website states.

“I don’t think [we will return to school]. Right now the cases in Evanston are very low and the hospital is not overcrowded. It’s hard to see how the numbers could look any better.  If we aren’t willing to go back now, it won’t happen outside of an available vaccine—which probably won’t be around until later next year,” math teacher Thomas Draganski says. “In order for us to be back in school this year, it would take a vaccine or a parent revolution.” 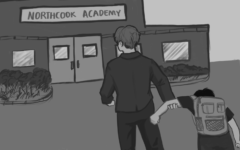 Just a 30-minute cab ride away: An inside look at North Cook Young Adult Academy 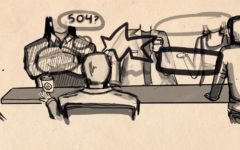 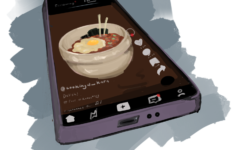 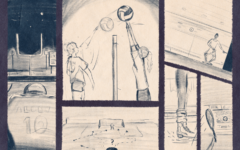 Stressors in sports: the challenges student athletes face due to toxic cultures 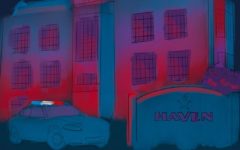 Continuing after crisis: District 65 regroups and rebounds for next school year