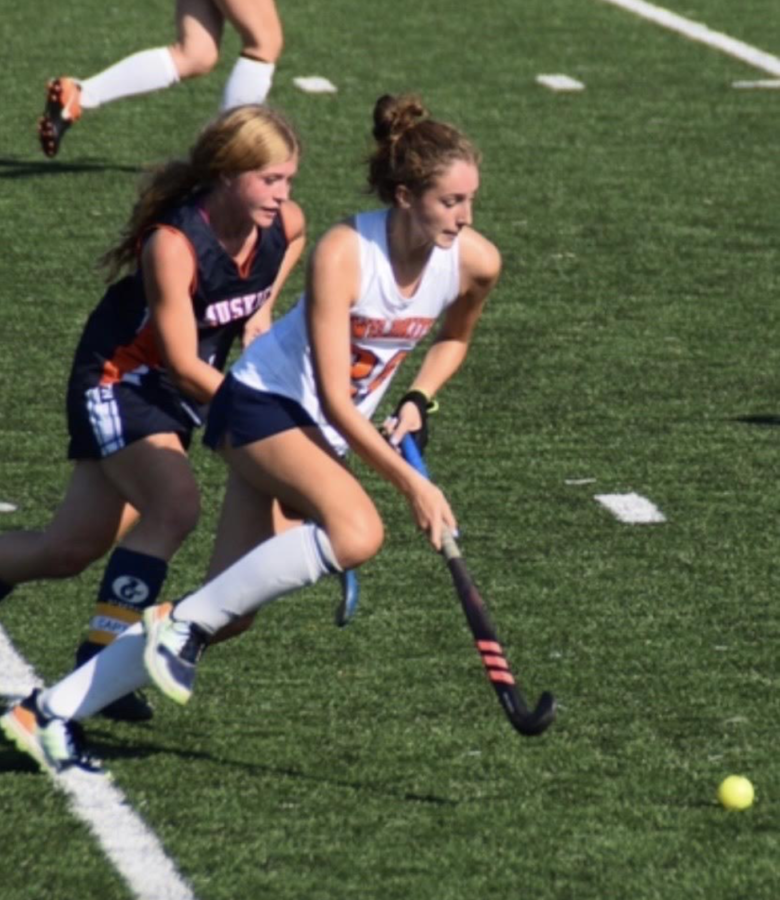 When senior Maddilyn Clark became one of the first students to take the reins of Evanston’s field hockey program, she did so following in the footsteps of her mom—a collegiate field hockey player herself. Now, committed to the University of New Hampshire’s Division I team, Clark has soared past expectations and become one of the school’s biggest success stories

Despite the difficulties of playing in a developing program, Clark and her teammates have continued to overcome losses and excel at the sport. In fact, during her four years at ETHS, the Kits have grown from finishing last in the state Clark’s freshman year to eighth this past season.

“My favorite part has been, especially since it’s a newer program, with our new coach and everything, seeing everything get so much more competitive and so much more fun,” Clark elaborates. “The determination and support I’ve gotten from everybody else around me, like my teammates [and] my coaches, [has allowed me to be successful]. I don’t think I’d be here if I hated the environment that I’ve been supported by.”

When determining the school Clark wanted to spend the next four years of her life, she knew she had to pick a school that would offer her that same supportive environment. However, with an intent to major in bioengineering next year, academics were also at the top of Clark’s priority list.

“It was a long process for sure. I was very picky about making sure I made the right decision. I wanted a good academic school that fit what I wanted to do in the future, even beyond college. And, so, I thought New Hampshire fit that,” Clark explains her decision. “I really enjoyed the coaches, and I got to meet with the girls. They all have the same hard-working mindset and that team mentality that it’s not about the individual.”