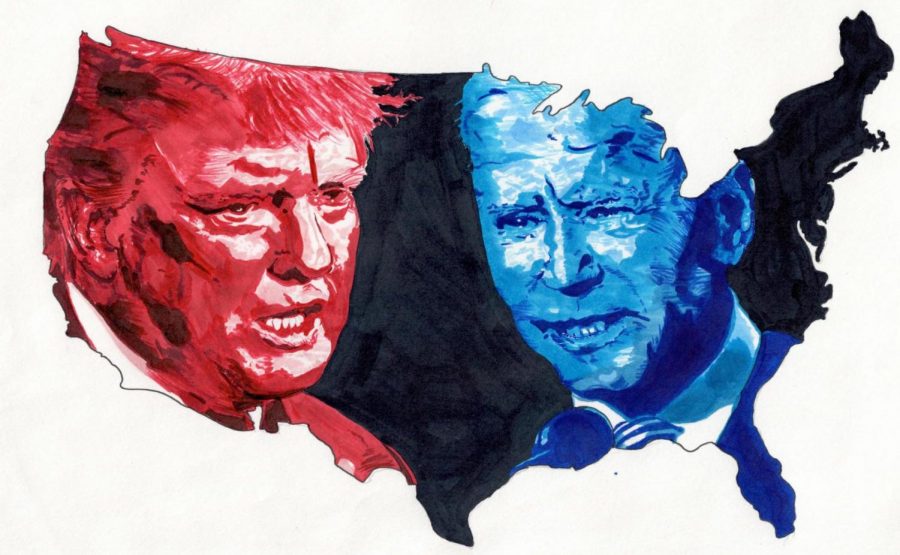 Less than two weeks from the election, the last presidential debate between President Donald Trump and former Vice President Joe Biden has come and gone.

Over the course of the 90-minute session hosted at Belmont University in Nashville by NBC anchor Kristen Welker, the candidates discussed COVID-19, the middle-class family, race and racism, climate change, national security and foreign policy as well as what the office of the president means all while taking detours into arguments regarding Trump’s Chinese bank account, Hunter Biden’s ties with Ukraine, the roadblocks in Congress, campaign finances, undocumented children being held at the border and countless other topics.

While the debate still had plenty of arguing, it was far more civil than the Sept. 29 debate, in part because of the Commission on Presidential Debates’ ability to mute candidate microphones during the first two minutes of each conversation; Trump also seemed much more willing to respect Welker’s handling of the debate than he was towards previous moderator Chris Wallace even telling her “I respect very much the way you’re handling this,” during the debate.

However, despite the tone of the debate many, including some ETHS students, feel that it will have little impact on the election; more than 50 million Americans have already voted—36 percent of the total vote in the 2016 election—and early voting has started in many states. The election was already in full swing heading into this debate.

As The Evanstonian has endeavored to cover these unique times, we have followed a set of students—seniors Gabe Karsh, Levi Rosing, Lara-Nour Walton and Jonathan Zenkich—as they have watched the debates and seen election day draw nearer. Following are their responses to the final debate:

What was your initial reaction to the final presidential debate?

Karsh: “I’m just tired. I wish we could just get this over with and find out who won.”

Rosing: “My only real initial reaction was that it was a debate [meaning that both candidates were civil]. It also happened to be more boring than the vice presidential debate.”

Zenkich: “I was pleasantly surprised by the debate. I thought that the candidates both performed pretty well and actually stuck to talking about policies. I think that this stemmed mostly from Trump, who seemed to be a bit more calm and well-mannered. He was being a bit more of a ‘politician’ which meant that the debate was not as interruption-laced as the last one.”

How did this debate compare to the first one?

Karsh: “They actually talked about the issues, so, yes, it was better than the first debate…. [In addition], during the first debate, Trump started out looking much sharper than Biden. He looked smart at the beginning of this debate but very out of touch. Biden was a different person than who we’d seen before. He was articulate and didn’t get flustered or tell Trump to ‘shut up, man.’ He killed Trump on immigration and health care, which are two issues that a lot of people care about.”

Rosing: “Not going to lie, but however much the first debate was horrible to watch, it was also really intense and interesting. This debate was just a debate, nothing more, nothing less.”

Walton: “This debate was far more unnerving than the last one for me. I know that the first debate was a real dumpster fire, but there was something comforting about Trump’s inability to articulate a cohesive argument. Tonight, he was coached well. Repeatedly asserting that Biden has ‘done nothing’ was a dominant message of tonight’s debate—even though the statement is false.”

Zenkich: “This debate was much better than the first. I feel this way because both of the candidates were able to make points, engage in some back and forth argument and speak to the American people. There were far fewer interruptions and the moderator was able to stay in control.”

What did you think about Trump’s performance? About Biden’s?

Karsh: “This is the first time I think the Democrat won. Trump was much more on-message than in the first debate, but the first half-hour was him arguing about the vaccine and which candidate had taken money from which foreign country. He lost the audience at that point. Nobody cares about Hunter Biden or how much money Biden took from the mayor of Moscow…. I don’t think anyone’s mind was changed though.”

Rosing: “The debate was a tie. Trump had a really low bar to cross [because of his performance in the first debate] which I think helped him, and Biden didn’t shine as much as in the last one. Ultimately, 50 million [people]  have already voted so the winner of the debate doesn’t really matter when it comes to the election as a whole.”

Walton: “I hate to say it because I truly despise Trump, but he did what he had to do tonight and did it well. Nothing he said landed for me, because I’ve never supported his opinions or general outlook on life, but for his supporters, and maybe even some undecided voters, Trump came out looking strong. He resorted to his wildly successful 2016 tactic of casting himself as an outsider, distancing himself from any association with corrupt politics…. Biden did not do badly tonight either.  He was a calming presence, refreshingly presidential and clearly interested in the wellbeing of the American people. While we don’t see eye-to-eye on everything, it is clear to me that he will be a better president than Trump.”

Zenkich: “Trump performed far worse at the first debate. His constant interruptions, useless badgering and attempts to be tough did not work and made him seem very off-putting. At this debate, this was not the case…. I think Biden performed about the same at this debate. He seemed to get a bit tired at the end, but was still on his game for the most part and made good points.”

What are your main takeaways from this or any of the debates?

Karsh: “America is screwed. Biden has been a follower on policy his entire career and never disagrees with the consensus of the Democratic party. He does not have the leadership, creativity and vision that we need to beat climate change and fight anti-Blackness. Trump has never apologized for separating kids from their parents and putting them in cages. He also said that he had done more for Black people than any President ever, except for maybe Lincoln. That’s the choice [the American people have to make].”

Rosing: “The main takeaway is that it does not matter. It is not going to influence the election beyond the margin of error in the polling and again; it just doesn’t matter…. [Furthermore], my views on the political environment are always changing, so I really can’t tell you if the debates affected them in any meaningful way.”

Walton: “The most shocking part of the debate for me was when the candidates were asked questions about race. The way this started was not surprising. Trump reasserted that he has done ‘more for the Black community than any other president except for Abraham Lincoln.’ Then, all of sudden he claims that he is ‘the least racist person in the room.’ It’s impossible to [quantify] racism, but even so, I think that it’s safe to say that Black moderator, Kristin Welker, is probably a little more antiracist. Another note on the race section: Biden acknowledged and condemned the systemic nature of American racism. The president did not. His strategy here was to not address Black people at all, and instead appeal to white voters who want to be reassured that they are not supporting a racist.”

Zenkich: “My main takeaway from this debate is that Trump is his own worst enemy. Trump and the people around him clearly realized that if he had a performance similar to the first debate, he would be nearly guaranteed to lose the election. Trump talks himself into corners and makes himself look bad in these situations. Perhaps, if he had been less abrasive over the past four years he would not be having as much trouble getting reelected.”