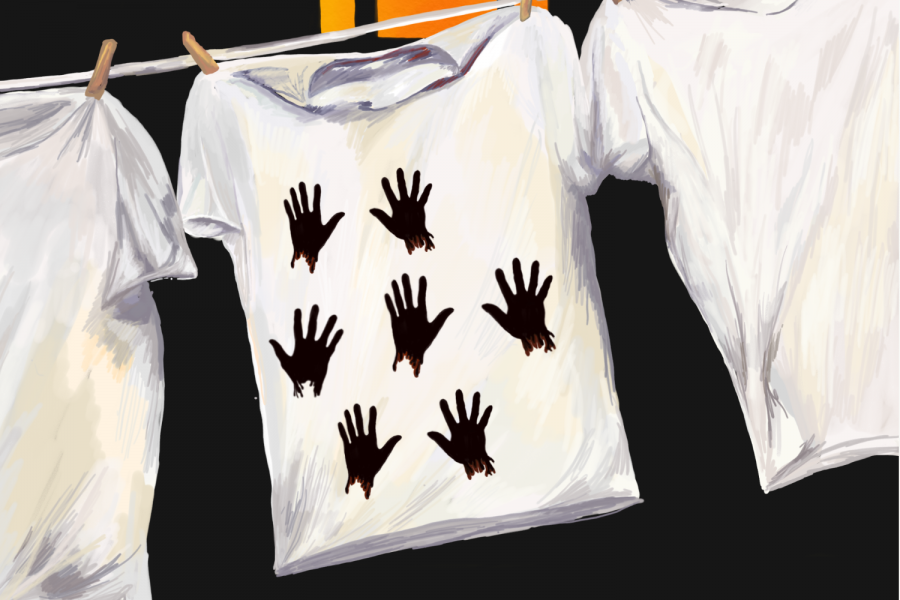 Before he became a symbol for numerous Evanstonians and Americans on Aug. 23, Jacob Blake was your average Joe. Before seven unequivocal shots entered his body, he was driving, with places to go—things to take care of in his role as a parent, son and friend—like so many of the rest of us. Before Blake was hospitalized, paralyzed and handcuffed to his hospital bed, only to see his whole life broadcasted across national news while in recovery, he strode the hallowed halls of ETHS.

Born in 1991, Blake grew up in Evanston, where his family had lived for two generations. Blake’s grandfather, Reverend Jacob Blake, was a long-time pastor of Evanston’s Ebenezer African Methodist Episcopal (AME) Church, a position in which he helped lead Evanston’s fight for racial equality in housing.

On Aug. 30, a week after Blake was shot, Ebenezer AME and the Second Baptist Church held a “Service of Lament for Jacob Blake,” which was attended by several hundred Evanstonians. In a statement released shortly after Blake’s shooting, Ebenezer AME said that “We… were quite distressed to hear the news about Jacob Blake. It is also disturbing that this action was taken without regard for his children that witnessed this egregious and callous action. We will remain in prayer for his healing and restoration, as well as the healing for his children and family.”
The 29-year-old District 65 and ETHS alumni was as dynamic in the classroom as he was as an athlete.

“He was very vivacious. This was always a kid who [was] not in his seat, the kind of kid who is just always full of life and always with that smile on his face. That’s how I remember Jacob,” one of Blake’s teachers at Nichols Middle School, who requested their name be kept private, said. “I remember his fervor for learning.… He definitely loved being in our class and [was] just super social. He definitely loved being in school; that’s for sure.”

This same energy carried into Blake’s time at ETHS, where he played football and basketball.

“He would crack jokes. He called me Patrick Ewing.… I had nothing but positive experiences with him. It was disheartening to see all of the accusations that were brought up against him and to see that he was still handcuffed to a hospital bed,” physical education teacher Christopher Turner said.

Three days after Blake’s shooting, ETHS released a statement to staff and families, which said that “the work to confront racism continues. The need to erase racist practices in our schools and institutions continues. ETHS re-affirms our commitment to anti-racist action. ETHS stands with the Evanston community in support of our Black neighbors and families.”

For many, the egregious shooting of Blake represents the continued oppression of Black people in America: his face has been emblazoned on posters and on city streets; the bullet holes that covered his back, mirrored on the shirts of athletes. Moreover, Blake’s paralyzation at the hands of Kenosha police officer Rusten Sheskey has furthered action against white supremacy across the country.

In Evanston, the youth organizers at Evanston Fight for Black Lives (EFBL), composed of current ETHS students and past alumni, quickly mobilized for Blake.

“I’ve been in touch with a lot of our alums that have been planning marches and demonstrations and food drives, and I think it’s just wonderful,” Principal Marcus Campbell said. “They come back, and they appreciate the type of education and the critical consciousness that they were given here, and now they’re out there trying to make the world a better place.”

After reaching out to the family, the organization collected donations separate from Blake’s GoFundMe, which allowed the funds to go directly to lodging and health support.

“We really wanted to kind of highlight how important it is for his family members, especially his kids, to have access to therapy [because] that’s not easy what they’re going through and what they experienced and are continuing to experience,” senior and EFBL organizer Mikaéla Parisien said. “Even though it’s great that it made national headlines… for his family, it’s a constant reminder that could be really emotionally taxing. So we wanted to highlight how important it was for them to have mental health resources.”

After circulating the organization’s Venmo across social media and facilitating a rally of more than 700 people on Aug. 30, EFBL had raised close to $15,000. Donations in hand, organizers reached out to Jacob Blake Sr., who drove down from Kenosha to meet them at the corner of Church and Sherman. Blake Sr. was wearing a picture of his son on his shirt.

“I imagined, for him, it was hard to leave his family to come here, but we’re very grateful that he wanted to meet us and that he was able to safely come down here,” Parisien said. “They were able to have that check right away and use it as a way to compensate for the funds they’ve already spent from taking work off and not being at home because their family is in a hotel room right now.”

Throughout their work, EFBL aims to ensure their actions reach city and community leaders within Evanston, something they believe might lead to a reckoning with the institutionalized trauma inflicted on all Black Evanstonians.

“Even when it’s not specifically for Jacob Blake, per se, it’s for somebody like Jacob Blake or the hundreds of millions of Jacob Blakes that there are,” organizer and 2020 ETHS graduate Kayla Henning explained.

“(They) might not get shot, they might not get killed, but they will be traumatized for the rest of their lives—due to policing and white supremacy as a whole.”

Although EFBL has turned heads, assembled rallies and raised funds, the organization feels far from finished with their championing through Evanston, something that many hope will continue far into the future.

“I’m putting a lot of faith in your generation… I really believe it’s going to be your responsibility to help propel this forward and not let it be like so many other times in our history when something enrages us, calls us all to action, and a few years later, nothing changed,” Superintendent Eric Witherspoon said.

Contrary to many prior trips to New Orleans, this year the Evanston Township High School Band is taking its musicians to New York City to participate ...

Northwestern University, in conjunction with the City of Evanston, held a screening of the film Raising the Floor at Kresge Hall on Tuesday, Jan. 31 f...

The E-Town Showdown has certainly lived up to its name. In 2019, Evanston defeated current Golden State Warrior Patrick Baldwin Jr. and Sussex-Hami...

Contrary to many prior trips to New Orleans, this year the Evanston Township High School Band is taking its musicians to New York City to participate ...

Northwestern University, in conjunction with the City of Evanston, held a screening of the film Raising the Floor at Kresge Hall on Tuesday, Jan. 31 f...