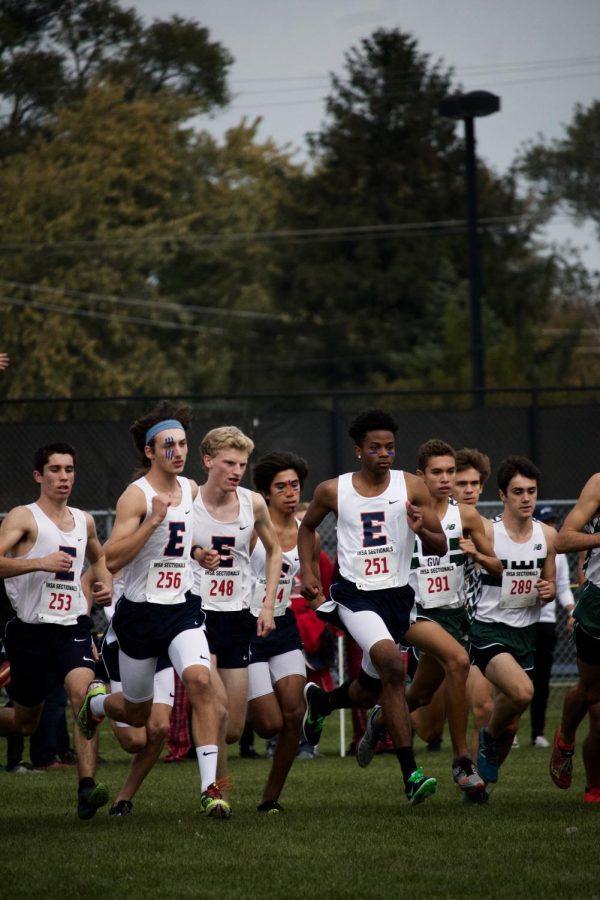 The season ended for most of the Wildkit cross country program after the sectional race on Oct. 27, but senior Abby Osterlund and junior Max Peterson accomplished the ultimate goal: competing in Peoria at the state meet.

“Racing in Peoria was super exciting,” Osterlund said. “The competition was really strong and everyone was running good times.”

This was Osterlund’s first appearance at state and only her second year competing.

“State was my last high school cross country race, so it was kind of bittersweet,” Osterlund said. “But overall it was an amazing experience.”

Osterland finished the race in Peoria with a personal record time of 17:47:67, earning her 61st place.

“It didn’t really hit me that it was my last cross country race for ETHS until the final stretch,” Osterlund said. “At that point I really just tried to finish knowing I had given it my all.”

While Osterlund approached the finish line filled with strength from her realization, Peterson had a different mindset.

“[Finishing] was a relief because when you’re running it’s like a treadmill of constant pain,” Peterson said. “Seeing the finish line is a reminder that there is an end to that pain.”

With the XC season now over, their focus turns to the upcoming track season.

“I want to win state,” Peterson said. “I’m taking a two week break and then I’ll be in the weight room. I’m ready to tear it up.”