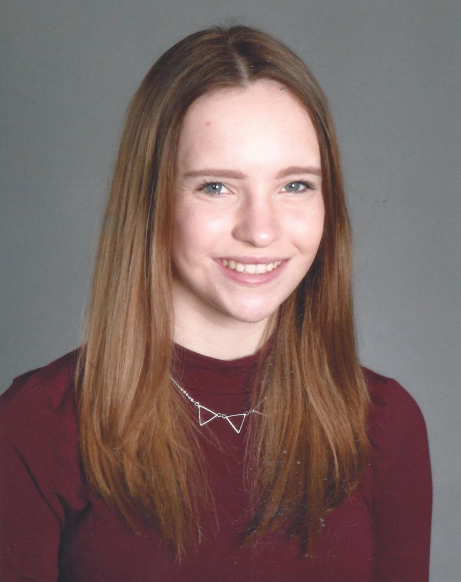 Not every teen gets the opportunity to perform in a professional theater production, but for the past few months, junior Hannah Goodman has been preparing for the world premiere of “Moving Boxes”.

A production of the Evanston-based 2nd Act Players, the play follows the life of Faye, a lifelong New Yorker. In the wake of the 9/11 tragedy, she moves to Chicago to be near her son and granddaughter.

“The granddaughter Julia, who I play, steps in and has a bonding experience with her grandmother,” Goodman says. “What I like about this play is how it shows that it’s never too late to connect with your family.”

The only minor in the show, Goodman showed an affinity for the stage early on. When she was four, she would give shows with her toy ponies in front of her parents. She went on to enroll in several acting classes, developing a close bond with the art. Her first major theater role came during a fifth grade school production of “Romeo and Juliet”, in which she played Lady Capulet.

“When I was on the stage in the middle of my speech, that is when I knew I wanted to do acting for the rest of my life,” she recalls.

Goodman says she discovered “Moving Boxes” through a poster on the Upstairs Theater door.

“I love auditioning, so I decided to give it a shot,” she says.

The production will run on Saturdays at 7:30 PM and on Sundays at 3:30 PM from November 4th through November 19th. Tickets can be purchased online at https://www.brownpapertickets.com/event/2720173.

“Being in a world premiere is very exciting,” Goodman says. “I look forward to sharing this story with the world– it should be a great performance.”