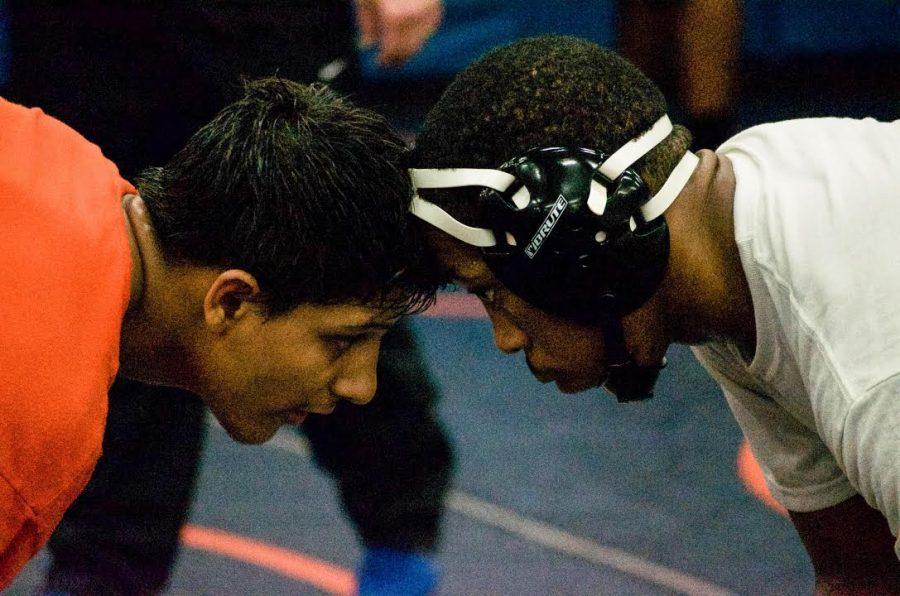 After losing the conference championship by one point to New Trier last year, the Kits bring back an experienced squad with high hopes as they host Lane Tech and Hope Academy tonight at 5:30.

“The first meet is always tricky because nobody is at their normal weight classes. We’re not going to be the team that we’re going to be in February,” coach Rudy Salinas said.

Scheduling weaker opponents for the first meet of the year gives the team the ability to work on things in a meet atmosphere. It also gives them a confidence boost heading into the tougher meets.

“I usually don’t have trouble and I’m able to set the tone early. My goal is to get a good jump on the season and get used to wrestling at a new weight class,” junior Izzy Fox said.

With only two seniors graduating from last year and returning four freshmen who started on varsity last year, the Kits should be able to repeat last year’s performance. They also bring back senior Chris Rivera as well as Fox who both qualified for individual sectionals last year.

After tonight, they will travel to Vernon Hills High School this weekend in a tougher 12-team meet, which includes competitive teams such as Willowbrook, Glenbrook South, and Vernon Hills. The kits took first place two years ago and lost by one point last year to Willowbrook.

Willowbrook should challenge the Kits again for first place again. They return junior Jack Jessen who finished in third place for the 182 division last year at state.

“I believe that if everyone can be responsible and make weight the day after thanksgiving, we should be able to field a lineup to take out Willowbrook by a larger margin than expected,” Fox said.

The conference championship, which ETHS nearly missed out on, will be up for grabs again this year. Salinas believes that they’ll be in the running along with New Trier and Maine South.

“We would love to win conference and I think we have a chance this year,” Salinas said.