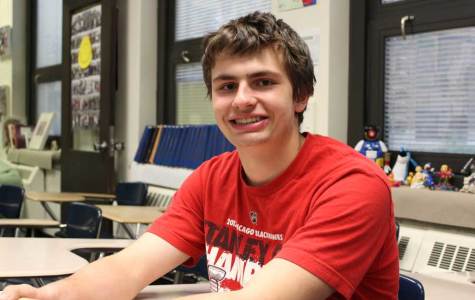 I love trash talk.
It is an art form and an integral part of most sports. It’s a skill that separates the witty from the weak-minded and the composed from the cry babies–but there’s a line, and ETHS student athletes and their opponents have crossed it.
Again, I love trash talk. The video of Richard Sherman intensely insisting that Michael Crabtree is mediocre in a postgame interview after the 2013 NFC Championship Game is one of my favorite videos on YouTube. I see trash talk as a talent that gets you ahead in the game; it also makes the game more lively. Over Twitter, it can increase excitement for games, much like Kanye West seems to do for his new albums. Hell, it’s even protected by the first amendment.
I don’t think mom or sister jokes cross the line. I’m fine with profanity. Personal insults are fair game: heat their athletic ability, their haircut, their school, and their life. It’s an underrated savvy.
However, there is absolutely and unambiguously no place in trash talk–no matter what level of sport–for racism, bigotry, and death threats.
I’m looking at you, Maine South boys hockey, Leyden boys soccer and New Trier girls swimming. Maine South hockey: you cannot refer to my three black friends on the hockey team as “monkeys.” You cannot chirp at a fan on twitter for being Jewish. Leyden soccer: you cannot hide behind your keyboard making death threats towards Evanston players after being slaughtered by those boys on the field. New Trier girls swimming: how dare you pretentious losers insult the cultural diversity of Evanston after catching the L in the CSL championship from our lady kits.
I’m not going to rat anyone from Evanston out, but at times our players and fans have gotten a little bit too rowdy. Try and calm that down.
Why are racism, bigotry, and death threats not ok? Ignoring for a second the obvious character flaws and lack of morality that come with such threats and bigotry, you can get in trouble with your athletic director and your school. Here at ETHS, you can catch a gross unsportsmanship conduct violation (as stated in the extracurricular activity code) from Mr. Livatino. Dr. Campbell could also handle your racism according to the rules in the pilot and his discretion.
If that’s not convincing enough, as I’m sure you’ve heard once or twice before, your posts online are permanent; even if you delete your post, odds are if it is bigotry, someone has screenshotted it to get you in trouble.
For your own good: stop the over-the-top trash talk, and keep it classy E-Town.