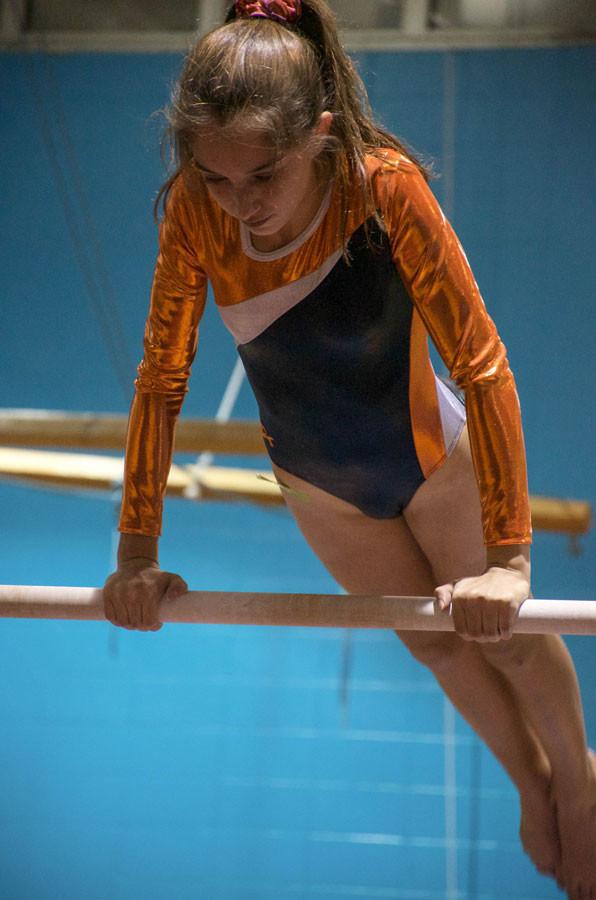 The Kits travel to Niles West tonight for the “A Star is Born Classic” and then to New Trier on Saturday Dec. 19 for the New Trier Invite. Led by senior Hillary Vickman on Vault, the team hopes to beat these two gymnastics powerhouses and conference rivals today and tomorrow.
“Even though we have a lot of injuries right now, Hillary has done a lot to help push the team further,” commented head coach Meghan Koons on Vickman’s performance up to this point in the season.
While the Kits have played well against Niles West, beating them three times in the past five years, Niles West has the upper hand going into the meet as the Wolves have beaten the Kits two years in a row.
As for the Trevians, the meetings between our teams are friendly, but New Trier has dominated recently, beating the Kits five years in a row.
However, the team still feels they can pose a serious challenge to the Trevians. The Kits are coming off a close loss to Maine East on Dec 1 and a junior varsity and freshmen team victory over Glenbrook South on Dec. 9.
“We had a great opening meet, even though we lost, I think many of the girls surprised themselves at how much they had improved,” explained Koons.
So far, the team has shown great improvement in the balance beam, which is one of four events that takes place during a meet. The beam was their best event in their losses to Maine East and GBS.
“We have been putting in a lot of work in all events,” stressed coach Koons. “But when I give the girls the chance to chose an event during practice, they always seem to go to Beam, which is great because it is usually a very scary event.”