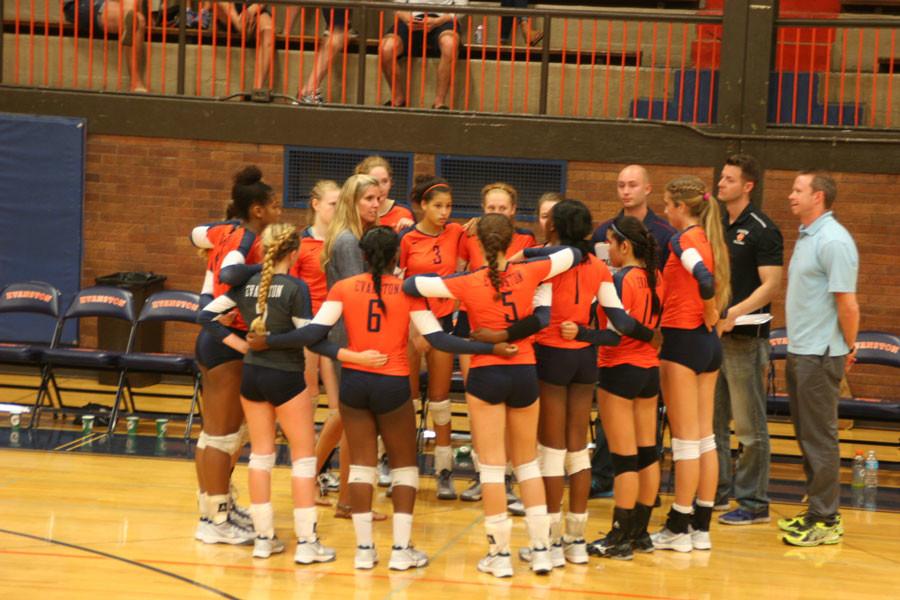 Girls volleyball will look to sweep Niles West tonight at 7 in Beardsley gym.

After a thrilling come from behind win on Sept. 16, the Wildkits (10-8) will match up against the Niles West Wolves (10-4) for a second time this season.

Being comfortable with who is on the court, and understanding the game plan is something that the Wildkits will be focusing on coming into tonight’s game.

“We’ve had a lot of lineup changes lately, so it’s important that we get our system down,” said coach Pam MacPherson.

Senior Stasie Litinsky, who usually plays the majority of the game, is leading the team in kills. She recently committed to Wesleyan University (Connecticut), and has been playing exceptional volleyball this season.

“Stasie is one of our top passers, and is a very good server,” said MacPherson.

One thing that the girls will need to focus on tonight is to provide better sets to the tall middle setter, Ruby Smith. The girls have been struggling with this lately.

“Ruby has such long arms, so the ball needs to be placed a certain height in order for her have a nice, powerful spike,” said Caitlin Sweeney, junior.

The surprise of the season has been sophomore Holly Desmond. Desmond was called up to varsity in the beginning of September, following impressive preseason and summer workouts. Desmond has even acquired a number of starts this season at the setter position, which shows that she has the skill and experience to compete at the varsity level.

“The setter is the quarterback in volleyball, and to have a sophomore at that position takes a lot of trust,” said coach MacPherson. Desmond is a very hard worker, and has a lot of respect from the team.”

Junior Caitlin Sweeney and Senior Gabby Smith will provide depth off the bench for the Kits. Sweeney was a big serve receive contributor and Smith provided an aggressive nine point serving run in the first and second game in the previous meeting with the Wolves.

Strong team chemistry has been a big part of the girls’ success this season. The team is all on the same page, they have each others back, and are very supportive of one another. Seniors Ruby Smith, Sarah Bogan, and Stasie Litinsky have a distinct handshake that they do before every set.

This display of togetherness is something that has become a second instinct for the girls this year.

If the girls can improve their sets, and keep up the superb teamwork and chemistry they’ve showed this season, they shouldn’t have a problem coming out with a win tonight.