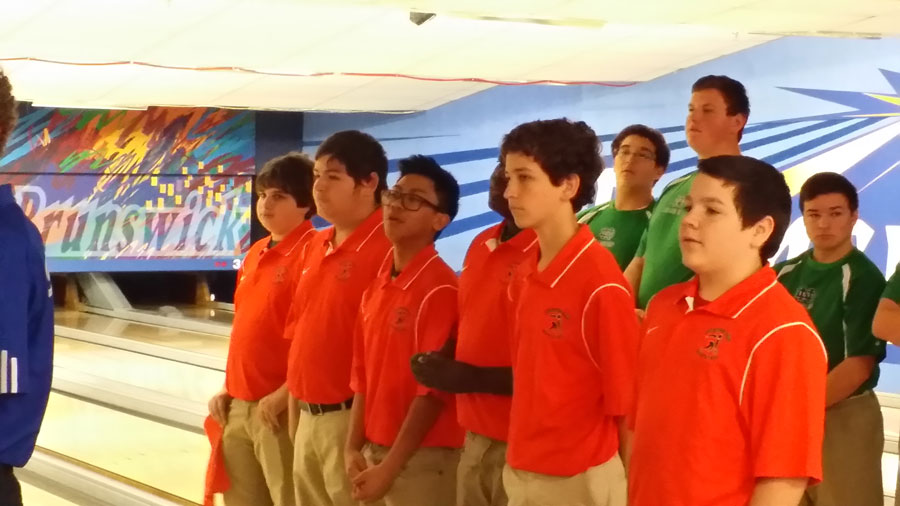 Early season match-ups are meant to ease players into the swing of things, but boys bowling will be facing a tough challenge against Vernon Hills tonight.

“Vernon Hills is one of the top teams in the state,” said coach Harold Bailey. “It’ll be a difficult match for such a young team, but hopefully we’ll be improved and ready to go by then.”

Returning all but one player from last year’s team, a talented Cougars squad will be looking to improve on their eighteenth place finish in last year’s state tournament, where the Kits placed second to last.

There is no question that this is an inexperienced team. Boasting only one player above the freshman class, the majority of the players had never bowled competitively prior to joining the team.

Despite his lack of prior experience, freshman Ben Bartol has been showing promise. “I recruited Ben from my freshman soccer team,” said Bailey. “He’s definitely one of my top bowlers at this stage and I’m excited to see how he develops as the season progresses.”

A key reason for the lack of experience on this year’s team is the fact that competitive bowlers at ETHS often choose to play for a club team, rather than the school. “Kids tend not to play for us because of our lack of success in recent years,” said Bailey. “However, I’m feeling good about this team. They’re very enthusiastic and have taken well to the sport.”

However, the Kits do have one X-factor on the team, senior Jayson Brown, who currently averages a 160 per game. “Jayson is by far our most experienced bowler, having played competitively since he was younger. He is a very accomplished player,” said Bailey.

“Being the only senior, it can be good and bad because I have experience and the other players don’t, but its been a lot of fun because they’re all really energetic, happy to play, and have skill,” explained Brown.

“Everyone’s been very friendly, the team gets along really well,” added Bartol. “The matches so far haven’t been overwhelming, despite most of us being new to this.”

The Kits began the season with a series of losses to Grant High School and GBN. “The first few matches were tough because of our inexperience,” said Brown. “Our scores haven’t been good, but we’re building chemistry as a team.”

“I wasn’t expecting much out of the team in the first few matches,” said Bailey. “Its towards the latter stages of the season that we should improve. We’ll hope to make our mark in the conference this year and break into the top half of teams.”