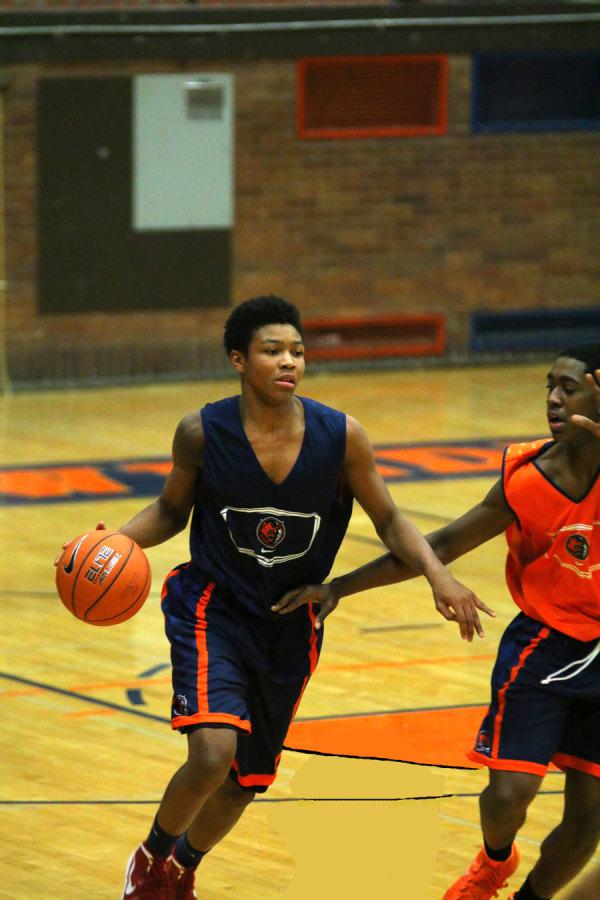 Not that much of a Thanksgiving break.

The boys basketball team traveled to DePaul Prep, formerly known as Gordon Tech, yesterday to play their first of five games. Unfortunately, all five of those are over Thanksgiving break.

“It will be hard to get all we need done in such a short amount of time,” said coach Michael Ellis.

“We try not to focus on what the other team does, but focus on what we need to do,” commented Ellis.  “Going in to our first game we really need to emphasis our out of bounds plays, and our play early on.”

The Kits first conference game of the season will be against Evanston’s biggest rival, New Trier.  The game will be played at New Trier on Dec. 9, last year the team went 2-0 against the Trevians, beating them once by 29 and beating them again later in the season by a slimmer margin of 8.

“Every year we play New Trier it is a great game, and it always seems to come down to who wants it more,” explained Ellis.  “Last year our team really knew how to play for each other, which is why we made it so far into the playoffs.  If this years team can do the same, the other parts will come naturally.”

Last year’s team was loaded with experienced seniors.  Due to graduation, the team lost some serious playmakers including Will Jones, an all-conference selection, Donte Henley, Jackson Michevic, Marcus Johnson and C.J. Singleterry.

“Because we are so young, the practices really help, I honestly don’t mind them. They provide an intense environment where the team can better themselves,” explained junior Micquel Rosemen.

This year they are looking for big things from returning players. Along side Micquel, senior Elijah Henry and sophmore Nojel Eastern will alll be expected to play some big mintues this season

“We are very young, and we are making young mistakes in practice, which is why I like the fact we have practice over thanksgiving.  It gives the team a better understanding of the game,” said Nojel.

But Nojel will be getting looks from more than just his teammates this season.

Already a top recuirt as a sophomore this season he will be expected to prove himself once again, and show both the school and the coaches watching why he is one of the top players in the country.  However, with a young team comes a lack of experience.

“This year we will be a young team, but if we play for each other we shouldn’t have too many problems,” said Ellis.

The teams opening schedule is no doubt a hard one. If the team wins their pool then they will go on to play another game the following Monday, one day before their first CSL game against Maine East.

Don’t miss any of the home games this season, this year’s squad is looks speical, and the success this season could be too.