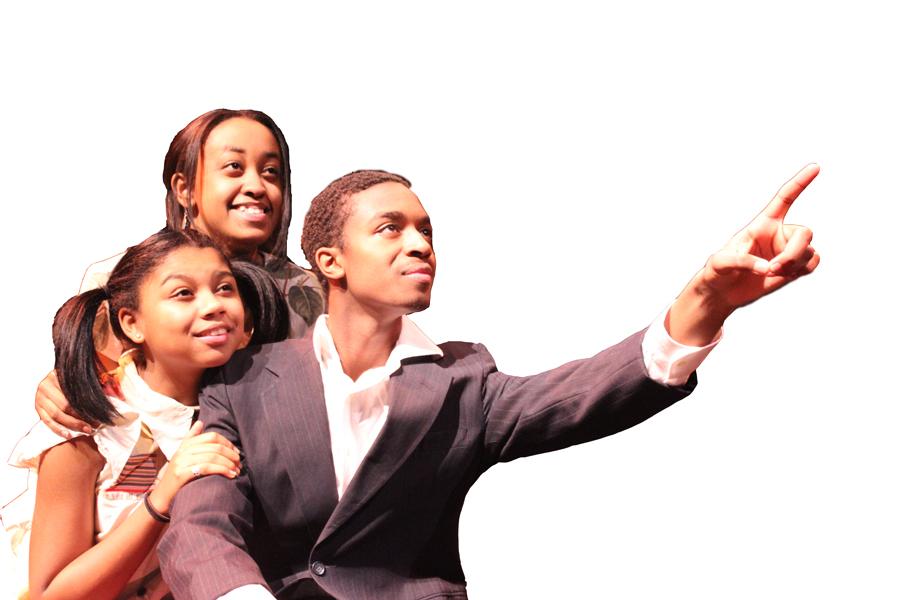 You probably don’t understand what it was like to live in North Carolina during the Civil Rights Movement, but seeing The North Star this winter could help you put a face to what you’ve learned on paper.

The North Star plays Dec 11 at 4:30 p.m., and Dec 12 and 13 at 7:30 p.m. in the Upstairs Theatre. Set in the 1960s, the play is about a black woman named Aurelia remembering how her younger self, “Relia,” dealt with the fight for civil rights alongside her spirited boyfriend, Willie.

“In school you learn about what happened during those times, but you have never seen them actually happen in front of you,” says junior Ryan Foreman, who plays Willie. “In The North Star you get to see people dealing with these issues in a very real way.”

The North Star addresses race bluntly and truthfully. “There isn’t any sugarcoating in the play, and the names that blacks were called in history are the same ones that they’re called in the play,” explains sophomore Nolan Robinson, who plays Manson Taylor, Relia’s father. “It’s hard to deal with that, not only because it’s happening around me every rehearsal, but because it actually happened to people of my color.”

Acting in such intense roles isn’t easy. “A challenge I have had to face was getting into this character who has been broken and hurt, and separating my life and my beliefs from my character’s,” says Alexis Dyer, freshman, who plays Relia.

“Our cast has spent a great deal of time improvising, doing research, watching videos and studying photographs to get a deep understanding of the period and the people,” says director and playwright Gloria Clunie.

“The level of hope that you have through the midst of something devastating and/or trying, is what defines who you are, not how you look,” says Robinson.

With its music, The North Star manages to push through all the severity and create some fun moments centered on hope. “My favorite part of the play would have to be the singing,” says Robinson. The reality will make the play worth-while because, as Foreman says, “You can’t get this from a textbook. Seeing how people felt in that time is very important for understanding why and how change happened.”