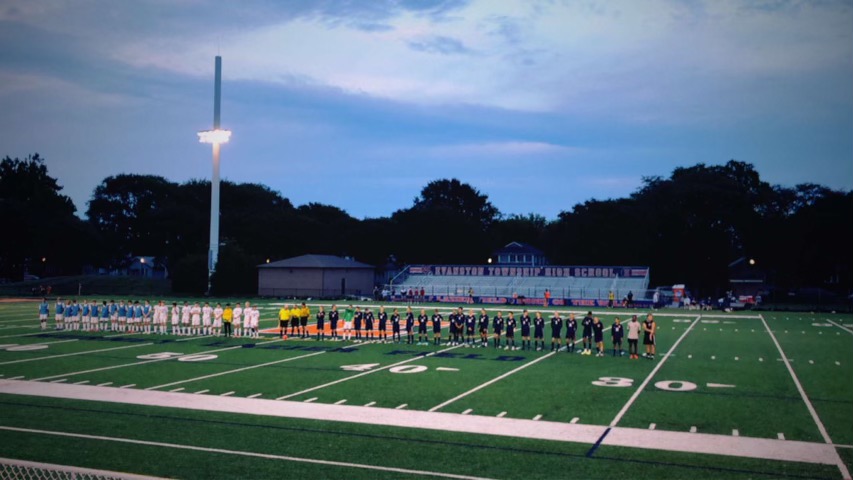 As soon as fall sports begin, it’s easy to spot a rookie boys varsity soccer player. Every year, new players take an electric razor to the head, but as they lose their hair, they gain a team of driven athletes with one goal in mind.

“In general, the whole team has the same goal right now, just to win state,” says varsity co-captain Will Travis. “That comes just from winning a bunch of games. In the playoffs, you have to win seven games in a row to win state, so we just want to score a lot of goals, win our games, [and] find the play style that suits us best before playoffs so that we can achieve that ultimate goal of winning state.”

“We [already] have very strong defense, [so] we’ve been trying out some different formations and seeing if we can throw some more effort into our numbers [on] offense,” says Travis. “One thing we kind of struggled with last year was scoring goals, and this year, it’s a priority to really hit the back of the net.”

“Personally, I’m just looking forward to working together with everyone else. I think this team has a ton of potential,” says Travis. “The seniors in my grade are kids I’ve played with my entire life, and then the juniors and the sophomore, all of them are very talented players, so it’ll be exciting to kind of see how the team shapes up and then make a run for state.”