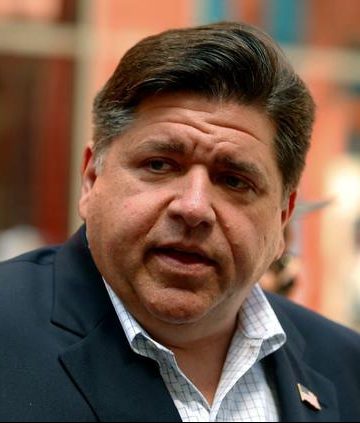 Before I dive deeper into this issue, I would like to say that I am missing high school sports—I greatly miss the community, competition and comradery that come with it. Additionally, I know that I am not a doctor, and do not understand the science behind COVID-19’s spread, or the trajectory of the virus. I have full trust that IDPH Dr. Ngozi Ezike has outlined a plan that can limit the spread of coronavirus, but I more so have to worry about its execution, and the implications it has aside from sports.

On March 12, 2020, COVID-19 put a sudden halt to the way our society would operate, changing our lives drastically in the span of 24 hours, where a new lifestyle began that would ultimately be continued for at least nine-and-a-half months. The severity of this virus was unknown, but it didn’t take long for Evanston students to realize that the rest of their school year was over, and their social lives would dissent. It was then, when I, a sports fanatic and junkie, dearly missed sports and faced a colossal void in my heart because of it. I had assumed that sports wouldn’t be able to return until the curve was more than flattened and the whole country was vaccinated. However, to my pleasant surprise, I was wrong. By the end of July, both baseball and basketball had returned, and, a couple weeks later, NFL teams began training camp. However, this was far from smooth sailing. Within these three leagues alone, there have been hundreds of transmissions and dozens of games cancelled— and these are the leagues that have the money to afford daily testing, constant contact tracing and proper medical services when someone does test positive— three things Illinois cannot afford.

A more comparable way to predict what a full season would look like in high school would be to look toward the COVID-19 cases of college athletics, where they don’t have the same resources professional leagues do, and student-athletes in both high school and college may lack the maturity of an adult, professional athlete. There, we can take a look at DePaul’s men’s basketball team, where just a few miles away, the Blue Demon’s have had more games cancelled due to COVID (eight) than played (seven) as of Jan. 22.

Ezike and Governor JB Pritzker deemed that high-risk sports (basketball, football, lacrosse and wrestling) will be able to practice in Tier 1 areas. In my eyes, this is far from responsible. First of all, I don’t trust a high schooler to make the right decision. In a game, officials and referees can mandate and moderate mask-wearing to keep things safe. Behind closed doors, though, without IHSA employees present, why would we assume that student-athletes will remain safe? In fact, if you look at the major COVID-19 outbreaks in sports, you can see that it is
typically one team, with a large portion of their roster infected, that stops play due to an outbreak. This would lead one to think that the cause of an outbreak would be for a player to get infected from an outside source and bring it into a team practice. The combination of the lack of trust I have toward student-athletes to be responsible and the fact that most COVID-19 outbreaks in sports have happened from teammate-to-teammate rather than team-to-team make me skeptical of the true degree of safety in a practice and worried about internal outbreaks.

I understand that some might say that the cases are lowering and vaccines are arriving, but that argument is flawed. While the cases have been steadily decreasing since the late-November peak, January’s seven day average of cases in Cook County are still comparable to that of October’s, and over twice the number of average daily cases in September. Despite a decrease, the number of COVID-19 cases in Cook County is still higher than it was for the first seven months of this pandemic, showing that things aren’t close to returning to normal.

Despite the sky-high number of cases, Cook County is beginning to reopen, with partial capacity indoor dining set to return. With this, it is likely that cases will not continue dropping, as it’s been proven that openings such as indoor dining lead to a larger risk of transmission. In regards to the argument about vaccinations, Cook County is still in Phase 1a of vaccination, finalizing its first 100,000 vaccines, which is less than 20 percent of Cook County’s population. So, no, having less than two of every ten people vaccinated does not make contact sports safe.

For much of the last nine and a half months, Pritzker has emphasized the importance of erring on the side of caution, as Illinois has tallied over 1 million cases and 20,000 deaths. Now, while cases are in the upper quartile of the average, it doesn’t make sense to reopen. Letting high school sports happen sets a slippery slope for other activities to resume and contradicts the precedent that Pritzker has set. Right now, the main concern of the government should be to flatten the curve until vaccines are sufficiently distributed, not try and reopen before that. Sports are beautiful and enhance society tremendously, but prioritizing their return over staying safe with the approach to a pandemic is utterly irresponsible.

Sports are a beautiful thing, but, at the end of the day, Illinois needs to be focusing on the lives that can be put in danger by their resuming.