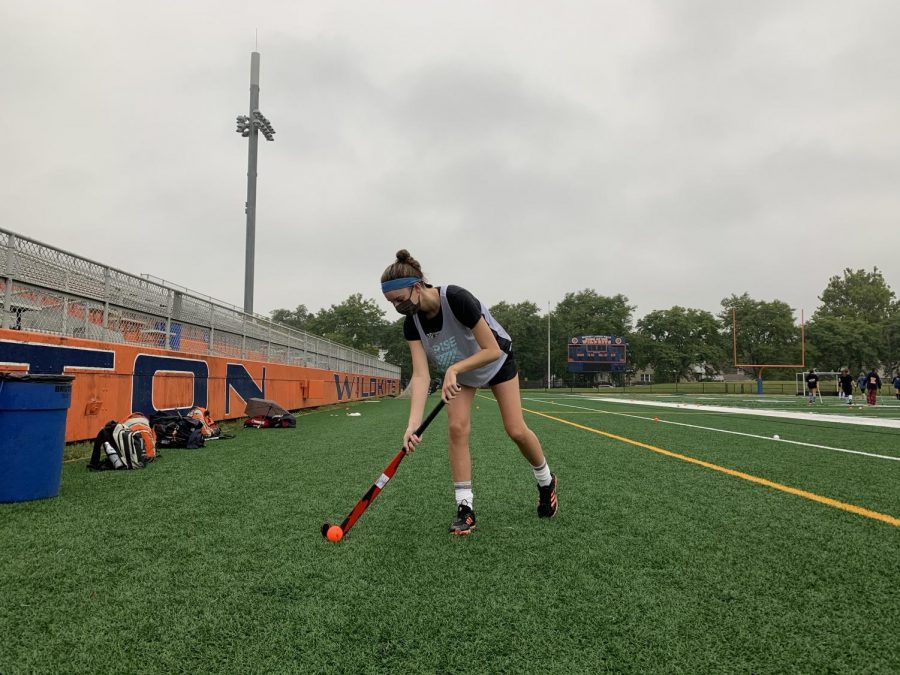 ETHS’ Field Hockey program is coming off of its most successful season yet, where in its fourth year of existence, the inexperienced squad led by first year head coach Jenner had a 7-5 season, winning more games than they had in their three prior seasons combined.

Johnson, who played in the backfield as a two year starter for the University of Michigan, is expected to help Evanston keep improving and build off of last year’s success. If the team gets the chance to play this spring, Johnson thinks the senior’s leadership will be a vital part of their success.

“Last year was my first season coaching them, and the girls who were juniors at the time definitely took an upperclassmen sort of mentality, where they were leaders in that sense, and I know as seniors they’ll step up like they did before and lead by example,” Johnson explained.  I think they’ll do a good job of leading by example and showing the rest of the team what we want Field Hockey at ETHS to look like.”

While everyone’s fingers are crossed that a season will happen during the spring, there would be some major differences with that shift. However, student athletes and coaches alike are eager to get on the field, no matter when that happens.

“I think it’s a bit of a bummer that we didn’t get to play during the Fall, but completely understandable as to why, as we should be putting everyone’s safety first,” Johnson said. “I think having the season being moved to February will be a different experience just based on the weather, and also not having the summer to have prepared. We typically have the summer to prepare for our fall season, so this season will look different in preparation for the February season.”

The season, which is supposed to begin in February, will certainly look different if played, as does everything in today’s world, but if the Kits have to opportunity to get on the field, fans should be excited to see this year’s more experienced group of players come together to build on the exponential improvements of last season.