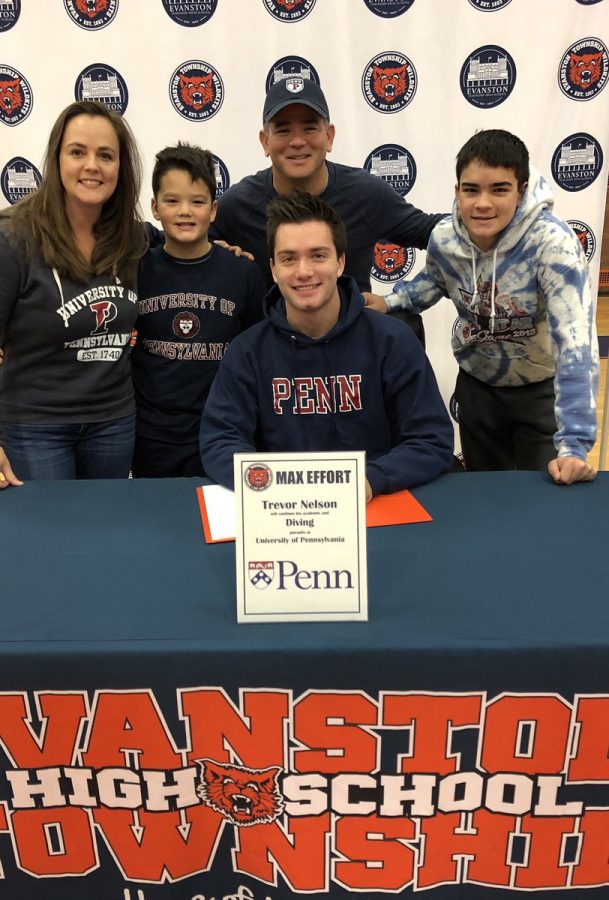 Diver Trevor Nelson will continue his academic and athletic career at the University of Pennsylvania next fall.

“When I took my trip to Penn in the fall, I really fell in love with the campus and it was a really good balance of fun, diving and academics,” Nelson said.

While Nelson will become a Division I athlete at Penn, the opportunities for him to thrive aren’t just on the board and in the pool.

“For me, school has always been number one and diving is number two,” Nelson explained.

Nelson verbally committed to Penn on Sept. 27, and signed on Nov. 14, choosing the prestigious Ivy League over Brown and Georgetown.

Following the Brown visit, Nelson informed Penn that he wanted to join their team. He had enough certainty in his decision to cancel his visit to Georgetown.

Nelson’s accomplishments at ETHS are as impressive as any other diver’s in the illustrious history of the program. Nelson has qualified for state all four years of his high school career, placing third in the state this past season. In the 2017-2018 season, Nelson posted a score of 564.4 at sectionals, setting an ETHS record.