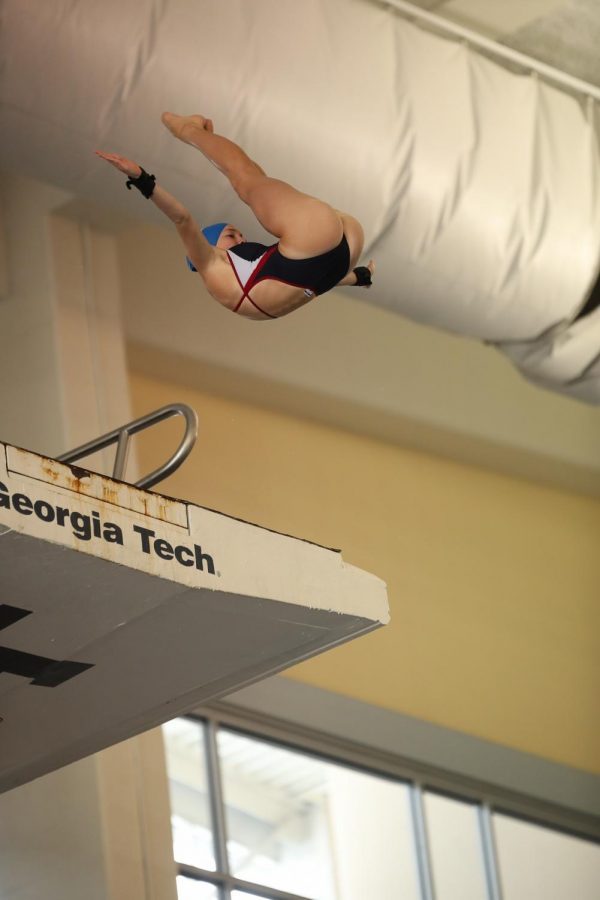 Hogan leaps off the high dive.

Star diver Lucy Hogan committed to the University of Michigan at the beginning of fall after being flooded with Division I offers.

“Michigan is a great school with a great athletic program,” Hogan said. “It’s also big and close to home which was important to me.”

Hogan, a natural diver, has earned success from an early age. Her coach, Kevin Auger, knew she would be a star from the first time he watched her on the board.

“She’s been great since day one. It was around her third meet when she broke our team record,” Auger explained.

In a 2015 issue of The Evanstonian, she declared her goals as a freshman, setting the bar extremely high for herself.

“I definitely want to dive in college at a big school like the University of Michigan,” Hogan said. “I also want to win state in high school.”

Hogan went on to win the state title this season, gaining national recognition.

Hogan has left ETHS with one of the greatest athletic legacies in the school’s history and has been an example of excellence for others within the program.