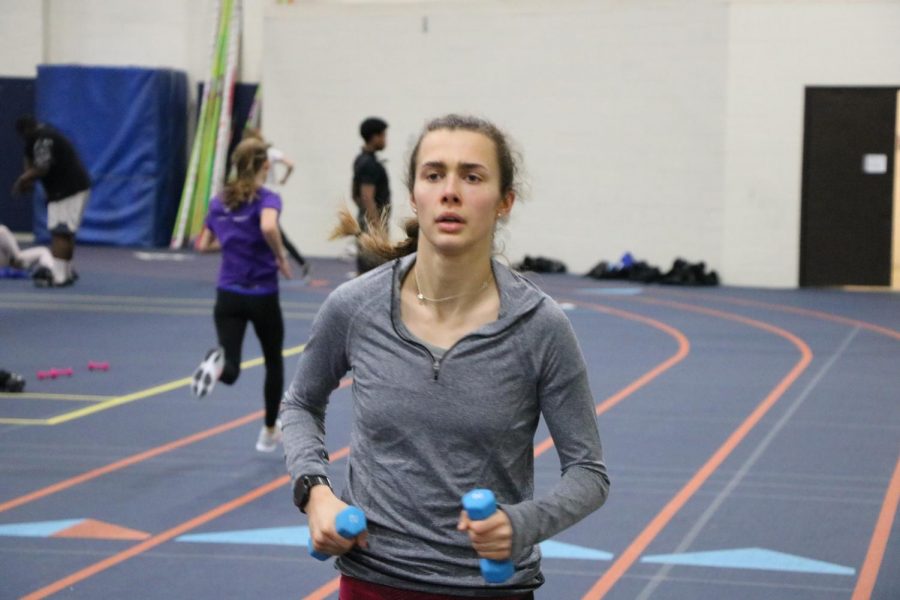 ETHS’ most decorated girls track athlete in recent memory, Envaeva Michelin, graduated last year and now runs both track and cross country for the University of North Carolina, and the Kits are striving to fill her void.

Michelin set countless ETHS records and was crowned both a national and state champion during her career as a Wildkit.

Michelin won the 800 meter race and was runner up in the 1600 last season at the IHSA 3A state championships.

“Whatever happened last season can’t help us this season,”  head coach Fenton Gunter said. “It’s a whole different season, different group of girls and that’s how we look at it.”

This season the Kits are relying on a new group of younger competitors, refusing to look back to previous seasons for reflection or comparisons.

Four freshmen in particular have set themselves apart early in the season. Dystonae Clark, Rikki Gray, Jacklynn Okereke and  Jasmine Wright hope to keep the program at the high level it has become accustomed to.

ETHS’ overall team placed eighth (the best of the CSL teams) at state last season highlighted by Michelin’s heroics and a sixth place finish in the 4×400 meter relay.

“I think that I can add to the success of the track team,” Okereke said. “We all get along well and have quick times.”

Although the young talent is intriguing, youth comes with a lack of experience. Senior distance runner Abby Osterlund, senior Sasha Gordon, who qualified for state last year in the triple jump, and other upperclassmen try to support the younger runners as much as possible.

“Seniors this year are really trying to set a good example for the younger girls,” Osterlund said. “Sasha [Gordon] and I try to support our teammates in any way we can, on and off the track.”

The team’s next meet is tomorrow as they host the Evanston Invite at 11:30 in the Willie May Fieldhouse.