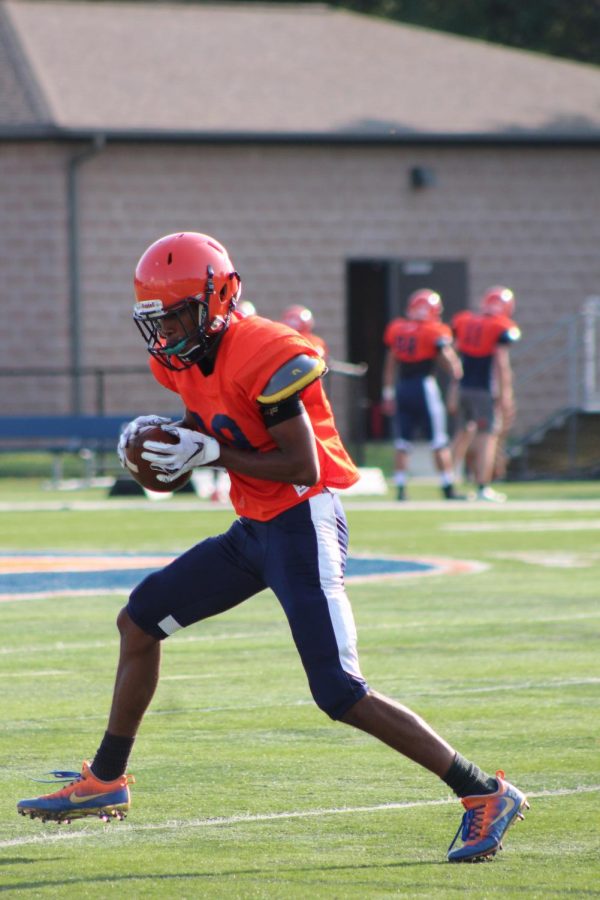 The Kits daunting schedule will surely provide challenges, but with an experienced and versatile offense, the talented squad should put up a strong fight against tough competition. the most challenging schedule Evanston has faced in the past 20 years.

“Every game plan, every week, and every opponent is different,” coach Mike Burzawa said. “You strategize your gameplan to beat a specific opponent.”

Burzawa acknowledges that this year will be a “major grind” and believes it is the most challenging schedule Evanston has faced in the past 20 years.

Of the eight regular season games, at least four opponents are among the top 25 teams in Illinois, including state powerhouses Wheaton North and defending CSL South champions Maine South, who obliterated the Kits in the first round of the playoffs last year 58-7..

In those big games, aThe pprimary focus of Burzawa is the run game. Junior running back Quadre Nicholson is returning for his third varsity season along with three of the five starting offensive lineman which should poise a strong threat on the ground.

Despite excitement about a potentially dominant running game, the passing attack has the tools to be a threat as well.

With last year’s star quarterback Drew Dawkins graduating, senior Ben Tarpey is in the spot to take over the starting role.

“Our receivers are unbelievable with guys like Axe (Michael Axelrood) Gerrad [Lamour] and Malik [Ross],” Tarpey said. With such a balanced offense, the Kits look to keep the defense on their toes.

“We’re going to take whatever the defense gives us,” Tarpey said. The offense is appearing to be extremely dynamic and having both an air and ground threat will help light up the scoreboard.