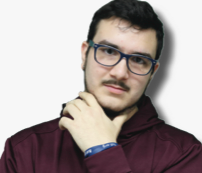 The class of 2018 has a remarkable number of varsity athletes committing to college athletics, and even more remarkable is the number of Division III commits.

The choice of these athletes to pay to play college sports stands in contrast to the scholarships given to Division I athletes and the controversy around paying college athletes at every level.

Each year ETHS sends graduating student athletes to compete in college athletes at a levels ranging from Big Ten Basketball to NAIA Football. This year the graduating class has less top-end talent but represents deep commitment, dedication and leadership in a variety of sports.

As we celebrate the success and dedication of these soon-to-be ETHS alumni athletes, we also should remain cognizant of their condition in relation to that of  NCAA DI athletes. Controversy swirls around the issue of remuneration for DI athletes, who the NCAA claims to pay with education while schools rake in profits from their on field performance. These same DI athletes can be suspended and even lose their scholarships if they receive endorsements or any other payment and often move on to professional competition without graduating, eliminating the relevance of so-called “payment through education.”

This past year the NCAA topped $1 billion for the first time. According to ESPN roughly $506.3 million went back to the member schools, yet none of that money went (legally) to the players who earned it. While the NCAA and others argue that payment through free education is sufficient, this mindset misses the boat on the scope of the profits athletes generate and the amount of time and work that goes into earning them.

If sports were considered paid internships, work-study, or simply jobs, these problems could partially be alleviated.

The NCAA’s reasoning for their refusal to pay players is dubious at best and malicious at worst. In a recent column on The Intercept, Shaun King explored the implications of the NCAA claiming they need not play players while using the Thirteenth Amendment as justification. The NCAA’s equation of scholarship athletes, many of whom are black, to prisoners who need not be paid for their labor under the amendment is simply disgusting.

Of course, for DIII players, there are other ways they can be paid or rewarded beyond money or scholarships. Some student athletes gain the opportunity to play for colleges or universities that they otherwise would not necessarily have been able to attend without athletics. For some athletes, just being able to continue their playing careers at the next level is reward enough.

Fortunately (or not) for DIII commits, the issue of losing one’s scholarship due to injury does not exist. The issues of remuneration aside, we should celebrate and commend these soon-to-be alumi on their dedication to and success in their chosen sports. Their choice to continue playing sports that they love out of passion rather than the promise of a prize is commendable and is truly an embodiment of the spirit of competition.