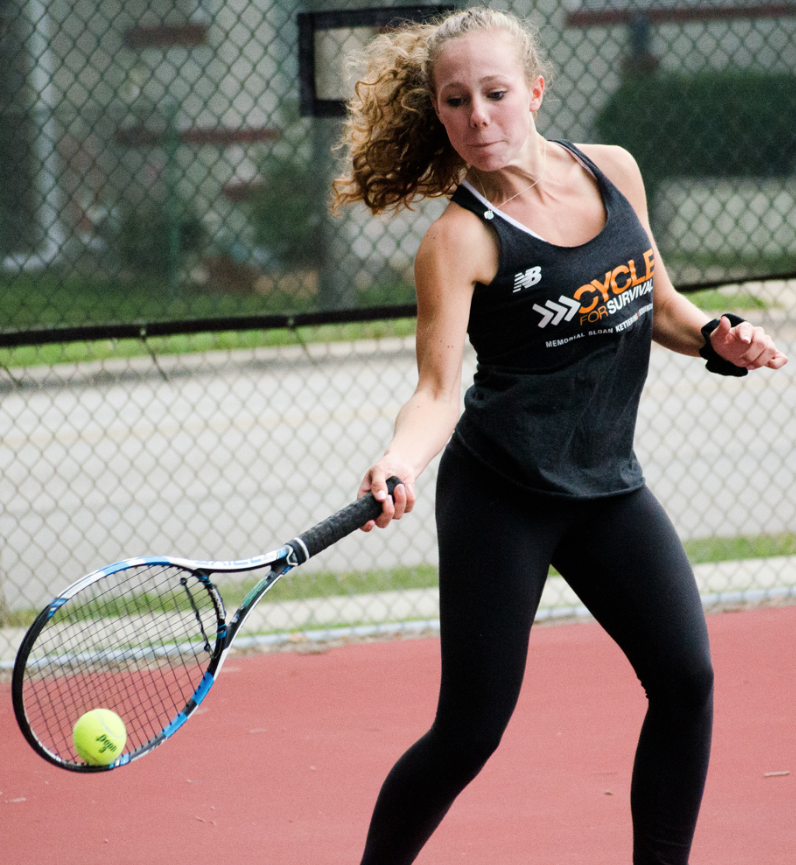 Evanston has never beaten Glenbrook South under head coach Joyce Anderson, but today they have an opportunity to change that.

“GBS is usually a really strong team,” Anderson said. “They usually finish second in the conference behind New Trier. Last year was the closest we’ve ever come to beating them and this year I think we have a really good shot.”

This year is the first time under Anderson that the Kits had won their first six matches of the season.

“Mainly it’s been just staying loose,” senior star Anastasia Goncharova said. “Everyone is confident in their game so they have been pretty relaxed and not really stressed out too much.”

Anderson believes that the improvement on the mental side of the game has really helped her team.

“Our team is playing with a lot more mental toughness,” Anderson said. “We’ve been doing a lot of visualization and breathing exercises. That makes a big difference when we’re in close matches like the Oak Park match. The girls are feeling like there’s no pressure, but when there is pressure, they’re able to come out on top. “

In the Oak Park match the team won by a 5-4 margin, winning three four-set doubles matches. A loss in any of those matches would’ve cost them a victory in the overall match.

Another senior, Lola Knight believes that the early season success comes from work ethic and the humility the team displays.

“So far we’ve been working really hard in practice,” Knight said. “We understand that we’re definitely not the best team and the matches are only going to get harder.

Evanston performed well last season in dual matches posting a record of 9-5. A big reason for this success is the decision by Goncharova to stay at ETHS instead of playing for her club team.

“It’s big to have a player like her on our team because it takes a lot of pressure off,” Anderson said. “Everybody moves down a spot which is big. 1 singles is really hard to play and so is 1 doubles. We’re really lucky to have a very strong 1 singles player in Anastasia and a very strong 1 doubles team.”

Through the first eight dual matches, Evanston has posted a record of 7-1 with their only defeat coming at the hands of perennial powerhouse New Trier.

After the girls face off with GBS, they will be back in Evanston Saturday morning at 8:30 am to host the Evanston quad meet.