Concussion discussion needs to include more than football 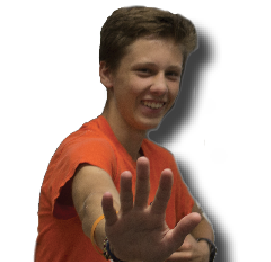 While the conversation of concussions tends to fall in the hands of football, there needs to be a light shined on other sports that are deeply affected by these traumatic head injuries.

There is little to no coverage from the media or discussions in general of concussions in the NHL or the MLS, and that trickles down to high school sports as well.

While football may cause the most concussions in high school, college, and the pros, there are over 14 other high school sports that cause a significant number of concussions as well.

Based on a 2012 study done by the Head Case Company, there were roughly 64-75 concussions in every 100,000 football games or practices that an athlete participates in. However, the margin between football and the second place finisher is not as far as the media may make it seem.

In fact, boys hockey had the next highest rate of 54, which is a far more dangerous number. When breaking down the two sports, there are 53 guys on an NFL roster. Whereas in hockey, there are only 23 guys on an NHL roster. With those numbers in mind, the possibility of a single player getting a concussion is higher in hockey.

According to Chris Livatino, the Athletic Director, 90% of concussions at ETHS last year were not football related. But the attention is still on football.

Currently there is controversy surrounding concussions in the NFL, and retired players telling younger players to watch themselves and be careful.

Like the talk surrounding concussions in football, many of the studies are a bit misleading.  The most recent and popular study was done by Boston University. They did a study on 111 former NFL players’ brains. CTE, a progressive disease inflicted by repeated concussions that causes symptoms such as memory loss, depression, or impulsive behavior, was found in 110 out of those 111 brains.

Those 111 former NFL players brains were not picked randomly; they were sent in by families who thought that their family member had symptoms of CTE. So, there should be no surprise that 110 of the brains did.

It’s studies like this one that raise awareness and increase the urgency to create better safety standards. But when other professional sports don’t recieve these studies as frequently, the safety of our high school athletes is at risk.

While having extra attention, trainers, and doctors focused on keeping athletes safe on the football field,  the extra attention should be applied to all sports where concussions are prominent.  There needs to be publicity for all sports that are affected by traumatic brain injuries.  This will create more awareness, and keep kids safe.  If there is more publicity that, say, girls soccer is a concussion-causing sport, then when a girl gets hit in the head, there is more caution when seeing if this girl has a concussion.