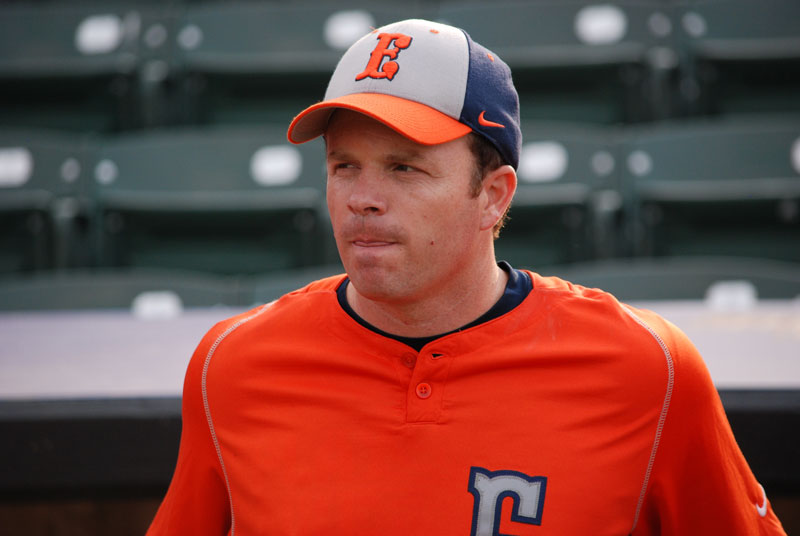 Writing about Ross Freeland and describing his impact on the people in his life would be a challenge to fit into a novel, and fitting it into the Evanstonian is surely an impossible feat. This story will give you a glimpse of significant he was to so many others.

In the past year, Freeland and I had spent part of almost every day together at school. Whether it was on the baseball field, in the weight room, or in his statistics class, his influence was always present: ‘Selfless’ tends to be the word that first comes to my mind.

His commitment to ETHS and the baseball team was always visible. He would stay at the ball field until sundown for anyone who wanted extra practice. He would throw over 500 pitches in a batting practice and come back the next morning at 6 a.m. in the fieldhouse and repeat the process.

In his classroom, he would skip lunch to help his students study. He would come in an hour before school the day of a test to be there for that one student who was stressed out for their first period stats exam. Freeland’s classroom constantly flowed with the energy of kids seeking him out during free periods. Even passing periods were busy with students stopping by just to touch base for three minutes. Time spent with Freeland was always worth every second.

Until he was diagnosed, I only saw two aspects of his life. Very quickly, we all learned so much more about him. There were four aspects of Freeland’s life that represented him the most. There was a part of his life that not many Evanston people even knew about. Freeland went MIA in the summer because he spent his whole summers at Camp Highlands for Boys. He had spent every summer at that camp since he was a baby, so a huge part of his identity was reflective of his experiences at Camp Highlands.

The aspect of Freeland’s life I encountered first was his teaching when he was my tutor sophomore year. Freeland grew up in Virginia, went to University of Virginia, Northwestern University for graduate school, and then worked as an engineer. He was offered a very prestigious job in engineering; but he wanted to do something more impactful towards others and be closer to Camp Highlands. That eventually led him on the path to teaching in Evanston.

Since his arrival at Evanston, the statistics program has doubled and he started a new course this year called Algebra Entrepreneurship. This program was Freeland’s baby. His colleagues intend to do everything in their power to make sure it continues to thrive without him here to lead the way.

“Ross will always be remembered by teachers at ETHS for how he went about his business, loving every student who walked in his door and working hard every minute to meet them where they are and get them to love their time in class with him,” said Sachin Jhunjhunwala, a statistics teacher at ETHS and a very close friend of Freeland. “His calm and patient approach inspired students and teachers to be more and do more for themselves and for each other. He knew that he didn’t need to be giant personality in his classroom to make a giant impact on students.”

Jhunjhunwala also started the GoFundMe for Freeland and his family. This page went viral in a matter of minutes and in just over a month, the donations reached $80,000. The donations ranged from $5 to $5000. Freeland’s old students and players were donating every last penny they had. The messages and prayers these people sent helped everyone to stay strong for Freeland. Seeing the unity that came from one man’s misfortune gave me Déjà vu of another Evanston tragedy back when I was a freshman. (The passing of Dajae Coleman was another terrible lost.) But the communal feeling of love and family that became of this city was magnificent and powerful. Seeing everyone’s eagerness to come together and support one another was beyond description.

The part of Freeland’s life that he adored the most was the beautiful game of baseball. His high school coaching tenure began as an unpaid assistant coach for two years. He spent countless hours those spring seasons simply coaching for the love of the game.  Coach Frank Consiglio eventually decided to hire coach Freeland.

“Coach Freeland was the heart and soul of the Wildkit baseball program,”  said Consiglio. “The lessons he taught will live in each one of us forever.”

Freeland also loved talking about the process, a reference that his players will recognize. The “process” was a saying he had to keep us hopeful that, when all goes wrong, keep working and everything will eventually fall into place. He made sure that people knew it wasn’t their performance that counted, but the kind of person you are and the way you cared about others around you.

When he was sick I tried to text him everyday because I wanted him to know we were with him. A fellow baseball player, Charlie Maxwell, and I would send him selfies from his class telling him we missed him and to “be an outlier.” An outlier is a statistical term he taught us this year meaning something that went against the statistical standard or group. We wanted Freeland to be that outlier to beat cancer. It was hard for him to respond many times because of his battle. The last text he ever sent us said, “Trust in the process and keep working hard. Good things will happen.”

This season without coach Freeland has been extremely difficult for the baseball team, especially the seniors. The seniors are trying to do all in our power to carry out the lessons he taught us and giving all the effort we have on that ball field. His mental toughness is what we strive for as a team this year.

“He always had faith in us,” said Maxwell. “He kept the program running smoothly at all times and truly got the best out of every player by making them know how important they were to the team.”

Finally, at the service, those of us who were not part of his family learned about his commitment to his family. In so many ways, we already thought of him as family, but hearing the stories from those who had known him all of his life, and those who came to love him later in life, brought all of the pieces of this remarkable man together.

Anna helped us understand him better. We all have our special memories, gratitude and impacts, but most of us did not understand how it all fit together.

So many tears, laughs and every emotion in between have been expressed since his passing but Freeland would want everyone to have trust in their own process and keep going forward. And he would probably not want everyone to spend so much time talking about him. His legacy and those messages should remain a part of the ETHS community because that’s what he would want.

If that’s the case, we are all grateful for the time that the man upstairs gave us with Ross Freeland.