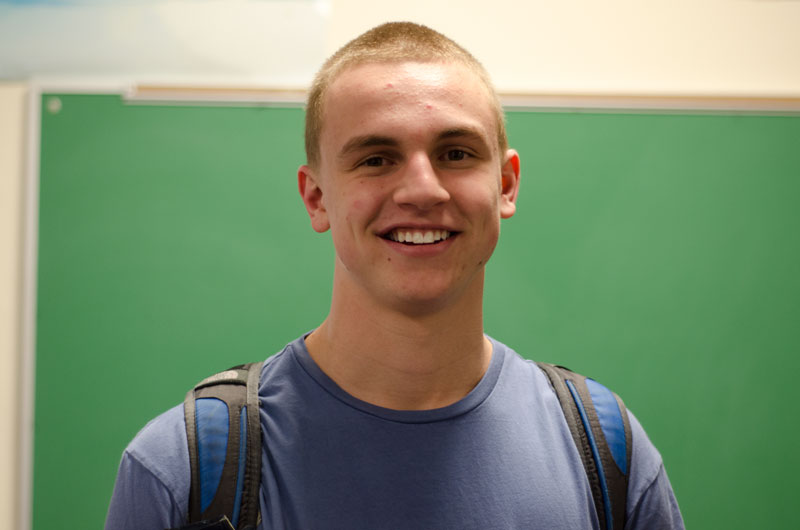 Unfinished business.
Baseball is back and hoping to snag a win to capture some early season momentum tonight against Notre Dame.
“Notre Dame hasn’t posed much of a threat in the past, coach likes to put the younger guys in pressure situations early in the year,” said senior Ben Wilson. “It didn’t work out for us last year against Notre Dame but they are most definitely a beatable team.”
Last year Notre Dame handed the kits their first loss of a record breaking, 28-8-1 season, Evanston’s most wins ever.
Although a strong core remains, the Kits return this year having lost 12 seniors and the depth of last year’s team.
“We have a lot of players coming back at big spots,” said coach Frank Consiglio. “Last year we lost to teams like Notre Dame early and then we ended up going deep and they didn’t. I think we will pose a bigger threat this year.”
Evanston will have eight returning seniors, three of which started for the Wildkits last year. Ben Wilson (center field), Tyler McHolland (catcher), and Charlie Maxwell (shortstop) will all be strong returns. In addition senior Dylan Mulvihill will pitch this year after suffering a shoulder injury that prevented him from playing last season.
Last year, as juniors, Wilson led the team in runs with 37, home runs with 3 and stolen bases with 18, while Maxwell also lead the team with a 0.386 batting average, and 33 RBIs.
“I think we are a very top heavy team with our best players having lots of varsity experience,” said Wilson. “The other players will be fighting for spots until conference. That competitive nature will fuel our team, and make everyone else better.”
Conference games will be Evanston’s biggest competition this season, and those games will be used to determine progress.
“Traditionally teams like Maine South and New Trier are who we want to measure ourselves against,” said catcher Tyler McHolland. “We are hoping to come together as a team and have a good run in the playoffs.”
Though it’s still early in the season, the Kits have high expectations and have their minds geared towards post-season success.
“We expect nothing less but to be the one seed in our sectional and to be competing for that title just like the past two seasons,” said Wilson. “We have a core group of guys that have played together since we were 11 years old and we know how to win.”