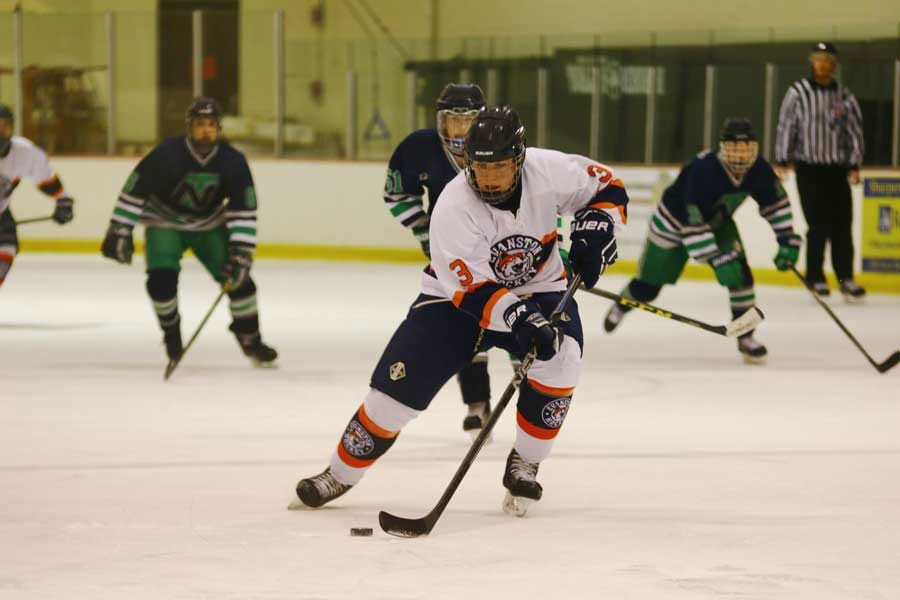 Despite a tremendous effort from the entire team, boys hockey was unable to keep their season alive in a 1-0 loss to Notre Dame on Monday in the state playoffs.

“It was a close game the whole time, but we just couldn’t pull it out,” said senior goalie Charlie Bailey. “We had our chances, and they had theirs, they just capitalized on one of them.”

The 11-ranked Dons were favorites going into the match up, but the 22-ranked Kits made it an even game throughout. Moments like senior Nate Barnes’ devastating hit on Notre Dame forward Jack Snarich kept the momentum on the Kits’ side, even when the scoreboard favored the opposition.

The Notre Dame loss wrapped up a disappointing weekend for the team. In the divisional playoff semifinals against Maine South, the Kits fell two games to one. The Wildkits prevailed on the road in game one, beating Maine 2-1, but lost a nail-biter in overtime on home ice in game two.

In a do-or-die situation in game three, the Kits struggled to control the puck throughout the game, and fell 3-2 despite a furious rally by the boys in the closing minutes.

Though the Wildkits didn’t end the season the way they wanted to, the boys still have plenty to be proud of for the season. The team ended with a 24-10-6 record, finishing sixth in the North-Central Division, and made it all the way to the semi-finals of the division tournament. A number of players had very successful seasons to go along with the Kits’ overall successful campaign.

Senior goalie Charlie Bailey had a huge season in front of the net. Bailey, a first year varsity player, saved 352 shots, earning him a save percentage of 92%.

Sophomore forward Joseph Epler also established himself as one of the team’s enforcers. Epler racked up a team-high 14 penalty minutes and set the tone in many games with his bone-rattling hits.

All in all the Wildkits had a great season, but just couldn’t get it done in the end. It will be exciting to see what the next generation of hockey talent can bring to the Kits in the coming years.