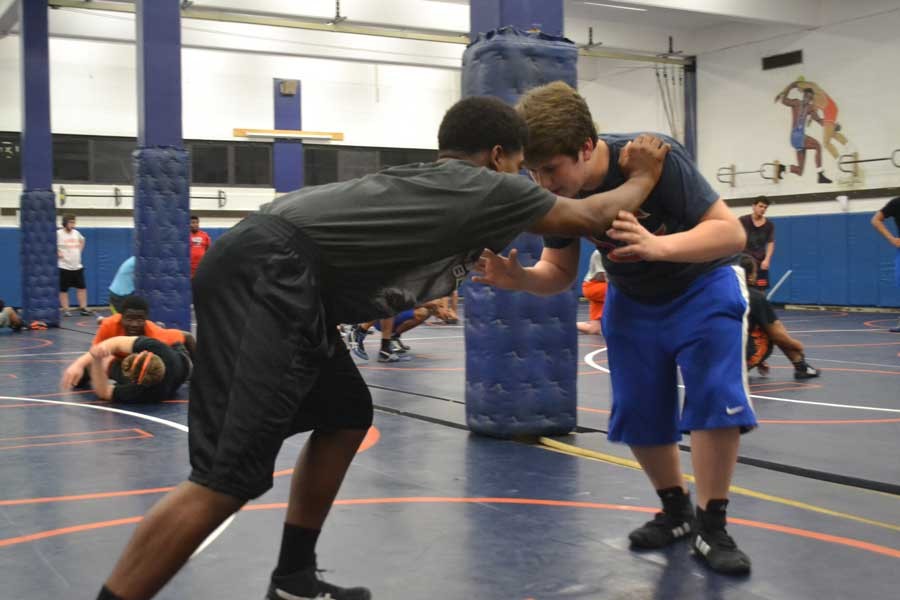 Wrestling has had one of its best seasons thus far, but repeating last year’s success at regionals won’t be an easy task.

“Were optimistic,” said coach Rudy Salinas, ”We have more than a reasonable chance to try to win it as a team and qualify half our team as individuals.”

That success is easier said than done. The boys will have to face some tough schools including Main South, Main East, Niles North, Niles West, Lane Tech and Notre Dame in order to make it past regionals.

“Our toughest opponent will be Notre Dame,” said Salinas. “They’ve been known to set the bar, so we try to pass that.”

The boys have had history with Notre Dame the last few years, beating them last year and advancing 13 out of 14 individuals to sectionals and becoming regional champs for the first time since 2008.

“Being regional champs back to back would be great,” said Salinas. “That’s our goal.”

This goal will give the boys momentum heading into sectionals. However, before sectionals the boys will be counting on seniors David Rivera-Kohr(126), Jaalen Banner(182) and Lamont Davenport(285) to rack up points and defeat the Dons.

Rivera-Kohr is the returning regional champ and currently ranks number 11 in his weight in state. “Everyone is going to come at me like they got nothing to lose,” said Rivera-Kohr. “I can’t take anyone for granted, I have to wrestle every match like it’s the state championship. I know I’m the best guy in the state at my weight and that’s what I feel I need to prove.”

Other key wrestlers for regional will be juniors Brandon Bias(213), and Chris Rivera(110). Both who were able to qualify for sectionals last season.

Overall Salinas is expecting big things from this season’s team. “If we don’t win I feel like we fail,” said Salinas. “But when we succeed we’ll feel like it was our task in hand and we’ll be very proud.”

Regionals will be coming at a crucial point for the boys; they are coming from placing third overall in the CSL tournament coming behind Deerfield and New Trier.

The Kits are also coming into regionals with a devastating one-point loss to New Trier. “It just came down to execution,” said Salinas, “But we’re going to make sure it doesn’t happen again.”