New gymnastics coach put to the test against Maine West 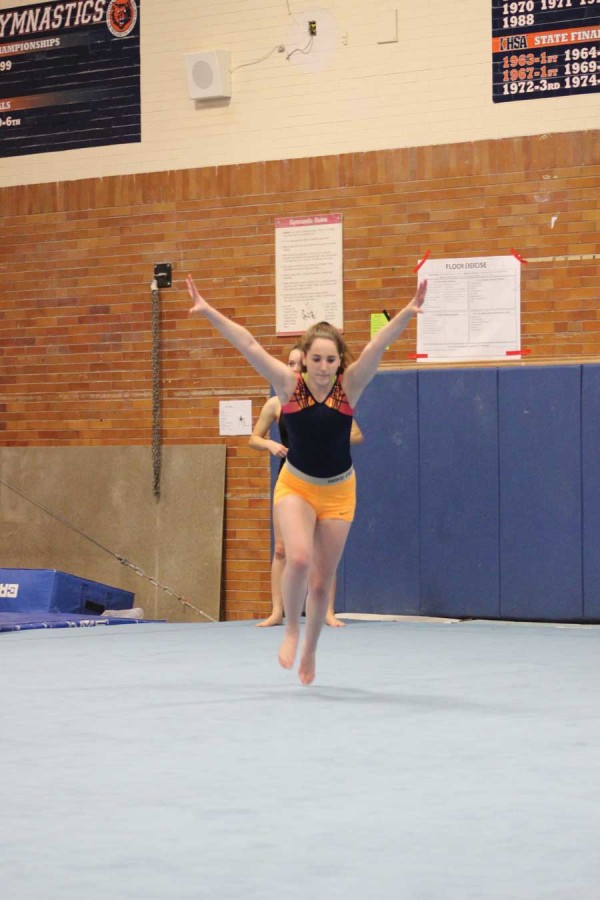 With longtime head coach Chester Jones’s retirement last year, the girls gymnastics team is now led by coach Meghan Koons, who has some fresh ideas to test before their first meet on Dec. 1 at Maine West.

Koons, who has been involved in some way or another in gymnastic her entire life, began her gymnastics career at age three.

Koons has extensive experience at the high school level, having played as a teenager.

Last year, under Jones, the Kits were only able to squeak out four wins, a total that didn’t reflect the talent of many of the seniors on the team.

“Last year, tryouts weren’t as demanding, but this year we hope that our freshmen come into tryouts with a set routine, one that we can develop over the season,” explained Koons.

In order to make the freshmen tryout more organized than it has been in years past, Koons released a routine that the girls have to memorize and perform during tryouts. Koons hopes that this very talented freshmen roster will perfect this routine by season’s end.

“We have a lot of talent, from our seniors to our freshmen,” said Koons, “Lauren Galan is our only returning senior, and I am confident she will perform this year.”

Galan who was one of few juniors to participate in the varsity meets last year, and has now taken over the role as captain, having demonstrated great leadership in the early parts of the season.
When the Kits travel to Maine West for the Dec. 1 meet they will have the confidence of last year’s win under their belt, having won 114-111.

“Even though we don’t have an exact strategy going into our first meet I feel as if our hard work at tryouts and during practices will pay off for the team,” commented Koons.