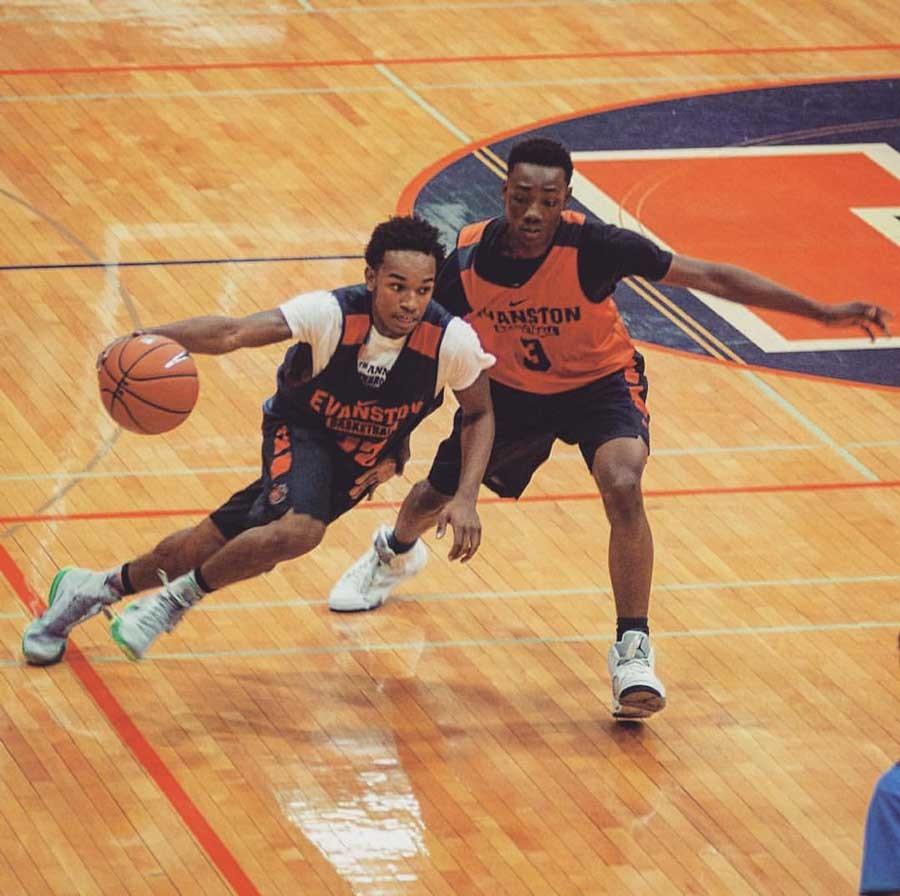 The boys basketball season opens with the Battle of the Bridge Thanksgiving tournament at DePaul Prep on Nov. 23.

“This is as good as it’s going to get,” said Coach Mike Ellis, “We’ve got to be ready right out of the gate.”

The Kits will have 10 returning players, six of them guards. The team is loaded with small and fast players.

Junior Nojel Eastern and senior Miguel Roseman will lead the backcourt. Both have been varsity players since their freshman year.

“A key for our team this year is for everyone to buy into their roles,” said Ellis.

Ellis has designed a ball screen motion offense intended to free up the team’s talented guards, allowing them to knock down open shots.

On the other end, they will run a ball pressure man-to-man defense that aims to force many turnovers.

“We’ll be able to get a lot of easy transition buckets against bigger and slower teams,” said senior forward Dylan Mulvihill. “At any time we’ll have four guys on the floor who can knock down a three pointer when we need one.”

Next week’s tournament consists of eight teams. Four play at Lane Tech and the other four at DePaul Prep. The winner of each pool will play for the championship on Saturday Nov. 28 at Lane Tech.
ETHS is in the DePaul Prep pool with Mount Carmel, and Chicago Taft. The Lane Tech pool includes Notre Dame, Harlan and Lakeview.

In Tuesday’s opener, the Kits will be heavily favored against a shorthanded Mount Carmel. Five Carmel players are also on the football team that remains alive in the Prep Bowl Series.
“We have some undersized players who will help us become a good team as the year progresses, but your guess is as good as mine about how the start of the season will go,” said Mount Carmel Coach Michael Flaherty.

If the Kits can get to the championship, Notre Dame will be the likely opponent.

“Notre Dame will be a really tough team,” said Ellis. “They’ll definitely be one of the favorites.”

Instead of playing random non-conference games at home, they will compete in high profile events and tournaments that will help prepare them to make a long run in the state tournament next spring.

“We aren’t a young team anymore and we know our goal as a team is to win state,” said Marshall. “We have to be humble and focused everyday, not just on the court but off the court.”
A tournament victory at Battle of the Bridge will be the perfect way to start what will be a challenging season.