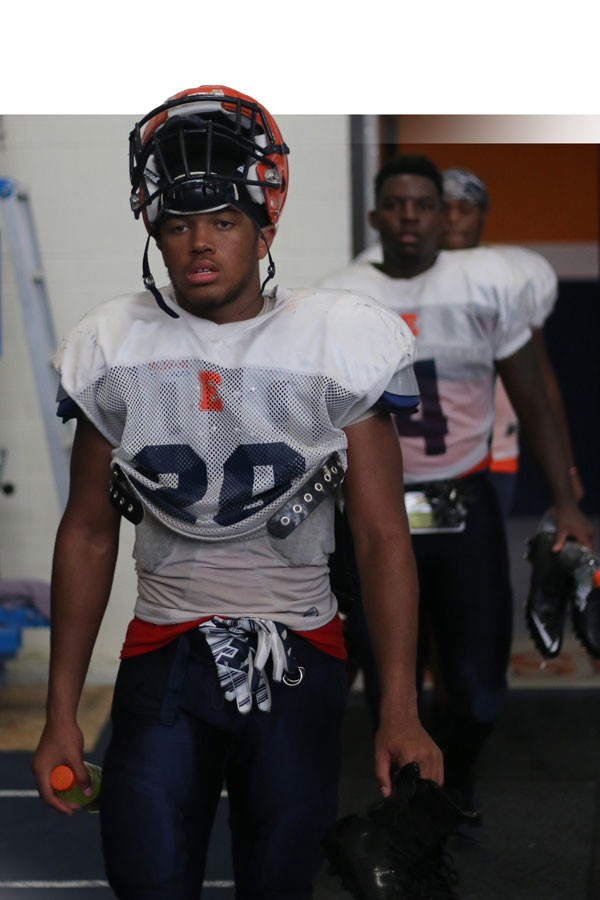 Despite last year’s disappointing season, expectations for the football team are high heading into Friday night’s matchup versus Proviso West.

“We have a lot of people talking about us, many want to see us fail,” said junior safety Griffin Jensen. “We are determined to block out the negativity and show everyone what we can do.”

After last year’s unexpected 13-7 loss against the Panthers, the Kits will be looking to turn the tables and give the home crowd a win on opening night.

In last year’s match up, the team had many chances but couldn’t quite execute offensively. Lapses in concentration also killed the team, as they committed 13 penalties, six of them being holding penalties by the offensive line.

However, the most devastating call came in the fourth quarter when one of our linebackers received a penalty for having a towel that didn’t match the team uniform, destroying the teams’ momentum.

In order to best Proviso West this season, the Kits will have to cut down on these mental mistakes and just move the ball offensively.

“I think its just going to come down to us executing and everyone doing their jobs,” added senior quarterback Matt Little.

The past two years, the Panthers and Wildkits have had a fair amount of “beef” over social media, with safety Immanuel Woodberry saying “Proviso likes to talk a lot, we’re trying to have class and not feed into their social media trash talk. Our game will speak for itself.”

A player to watch out for on Proviso West will be jack-of-all-trades Rhashaun Epting. Epting will be a future teammate of Little’s at Western Michigan, and plays all over the field for the Panthers, including at tight end and outside linebacker.

The Kits will bring a lot of talent into the matchup, including Division-1 commits in cornerback Travion Banks, defensive lineman Naquan Jones and the Little. Banks committed to Miami (OH) and Jones committed to Michigan State. As previously mentioned, Little will be taking his talents to Western Michigan.

Despite their futures already decided, these three players aren’t slacking off for their last season of high school football.

“They are focused on ETHS football and not their future, which shows what kind of teammates they are,” assistant coach Kyle Gessert said. “Everyone has one goal right now, even though a lot of these guys have football futures beyond this year.”

The team has really got something to prove after going 3-6 last season, one of those games being a forfeit due to a Waukegan teacher strike. However, the boys are confident they can make this season a memorable one.