Opinion | Improved snow day planning is needed in the future 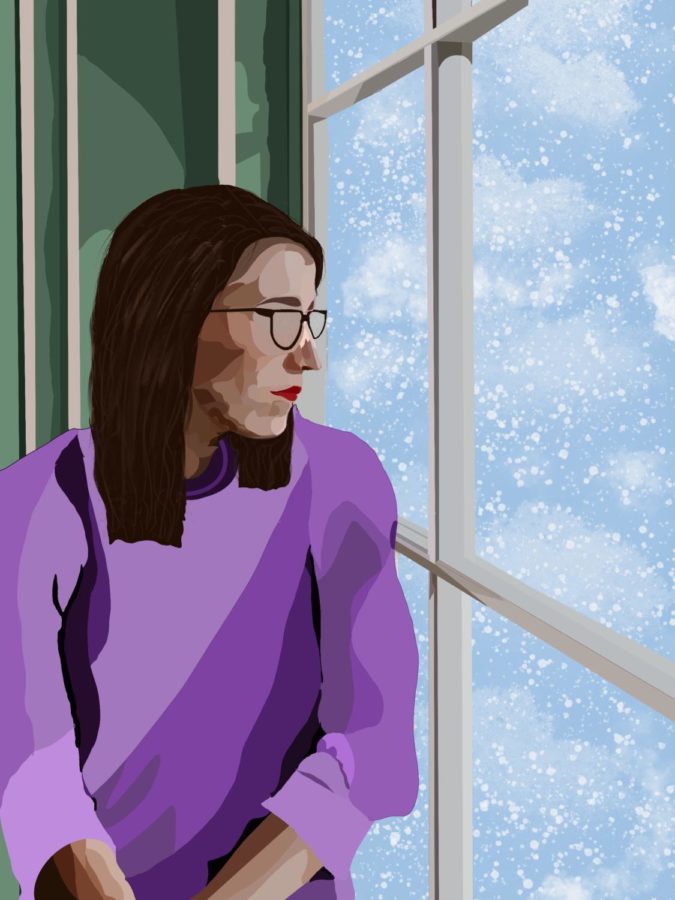 We all remember receiving the call where we would find out school got canceled due to the snow. After a year of virtual learning we all got used to doing school work online. Now it’s clear that ETHS has decided to change snow days into E-Learning days, meaning students are assigned work to do on their own.

On the morning of February 2nd a severe weather response was announced at ETHS.

However, unlike previous snow days, it was announced that we were getting asynchronous work.

“Honestly, I got a lot of work done during those times. I also had a test and it was pretty easy, and I felt pretty calm about it. I got lots of work done,” says sophomore Autumn Mosley.

ETHS did not inform students and parents that we would be asynchronous until 7:19 a.m. At this point, many had already arrived or were on their way to school. The school should have announced this earlier. Receiving the news about the asynchronous day so late caused a negative impact, the most prominent one being people already being on their way to or at school. Students who have Early Bird P.E. or Jazz rehearsal for example were already in the building.

Then, by the evening of Feb. 2, families got a similar call about Thursday, Feb. 3rd also being asynchronous. This was a much more effective strategy and should have been the way the school announced the previous day because it lets people know in advance and gives them enough time to adjust their schedules.

Although we as high schoolers are fortunate enough to be able to take care of ourselves, it’s harder for grade schools such as elementary and middle school because the students are younger and they don’t have it as easy to get home. This is especially challenging for students with parents that are working. If their parents work, teens can still get a ride from a friend, bike, drive themselves home or use public transportation.

The late announcement also forced many teachers to either quickly adjust their assignments for the day, or completely change the assignment they originally had planned because they didn’t have proper time to adjust their schedules. Some assignments were also pushed back for later days because of their inability to become an effective asynchronous assignment.

“Because I was able to get back home in time and had some stuff that we were going to do in class, it was relatively easy to be asynchronous. But I do know that other teachers who were in a similar position to me who had driven to school had to pull over. Like, they’re on the side of the road, working on their phones, or whatever getting assignments posted. Obviously, it was a scramble for a lot of people to get things ready for you all to do work at home,” says history teacher Rick Cardis.

Another issue with this quick change in plan was assuring the asynchronous work teachers assigned was manageable for students because they didn’t have adequate time to plan their assignments.

“I hope that, you know, as teachers, the assignments that teachers give on asynchronous days are manageable for students and not too much, given the fact that they’re doing the work on their own and don’t have the support teacher in the classroom,” explains Cardis.

Personally, I wasn’t as productive as I would have been in person and it affected my attendance when I didn’t do the assignments by when they were due. I definitely learn better in a classroom compared to having the ability to just lie in your bed.

Moving forward, it’s inevitable these snow days will consist of asynchronous work, but to ensure we give students and teachers a chance to be as successful as possible ETHS must advise families and faculty as early as possible, and insure the asynchronous work is reasonable for students. Although our snow days will likely never look the same as they once did, e-learning provided us a unique way to simultaneously learn and enjoy a snow day off.