Opinion | There will be feasting and dancing in Jerusalem next year 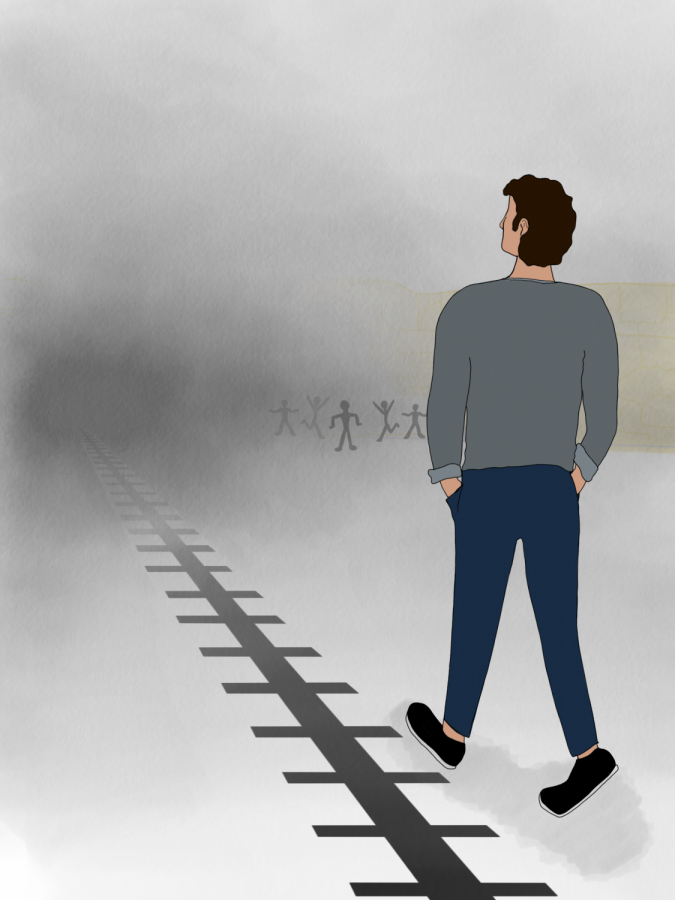 From the plague sweeping over our homes and disrupting our communities, to the turbulent events following the murder of George Floyd, to an election that dragged on as people’s rights hung in the balance, there has been little that is redeeming about this year.

This does not mean that there has been no light, we are always capable of creating light from within, but what little light there is has not shone brightly.

Now, as we sit at the end of a low dishonest decade staring ahead into a new year, what is there to do? It is clear beyond any shadow of a doubt that the issues that have shaken us this year—disease, systemic racism, partisan division—will not go away when the clock strikes midnight on Jan. 1 or when Biden is sworn in on Jan. 20. We live in a marred world; this does not change.

Thinking back on this year, I am drawn to an old Jewish saying “לשנה הבאה בירושלים‎.” Next year in Jerusalem.

As he labors over his manuscript, sitting atop a rotting, wooden table, Rabbi Isaac Tyrnau violently coughs into the air. Could this be the end, he wonders, knowing that, while it has dissipated, cases of the plague still haunt Europe. He quickly sweeps the matter aside and returns to his work. As he moves a Mahzor to the edge of his desk, he notices something curious at the end; four words: “Next year in Jerusalem.”

It isn’t known when this saying became a common element of Jewish services, but it is first seen in the 10th century and appeared in many Ashkenazi prayer books before Tyrnau copied it into his book of customs. It expresses a simple dream, to spend the next year in the Holy Land. For a people that have dwelt in exile for almost 2000 years—the longest-known diaspora in world history—nothing is more powerful than returning to one’s homeland.

However, this saying goes far deeper than longing for a homeland. It is asking, nay, begging God to return the world to a simpler, more holy, state. It is a demand raised year after year to rebuild the Temple and the witness coming of the Messiah, to see a world that has been redeemed from the curse of suffering.

I don’t know if I believe that these things will come to pass, but the hope that these three words evoke in me is undeniable. A reminder of a long-lost past and a future obscured by the fog of time ahead of us.

As he walks through the streets of Paris, Napoleon hears a strange song coming from a small, yet inconspicuous, building. Looking through the window, he sees dozens of men, women and children, lit by candlelight, on the floor of the room. He asks an officer what he is seeing. The officer responds, “They are Jews, mourning the loss of their Temple.” “Who destroyed their building? Let us bring him to justice!” “Sire, the Temple was destroyed 1700 years ago.” “If a people can mourn for so long, surely it will be restored to them.”

In many ways, the saying echoes the sentiment found in the Scottish New Year’s song “Auld Lang Syne” popularized by Robert Burns in the late-1700s. Beginning “Should auld acquaintance be forgot, and never brought to mind? Should auld acquaintance be forgot, and auld lang syne?” The song is a lament for a world that was sung as we embrace the future of the world that is. A song that embraces the transience of things, while encouraging us to greet the future with open arms. In a year filled with strive, we have learned that things are always changing and that sooner or later “seas between us broad [will roar],” dividing us from the hopes and dreams that we once carried; yet, we cannot focus on these lost hopes, because the future forever beckons. What choice do we have but to answer?

I think that the only way to greet the future is by knowing our past, the long remembered ages of the world that we have trodden together. All of us will be entering the coming year with a history, with pain and wounds. Those wounds can hold us back, but they are also the source from which we can purify our lives. To quote the 20th-century priest Henri Nouwen, “[Our wounds are] like the Grand Canyon—a deep incision in the surface of our existence which has become an inexhaustible source of beauty and self-understanding…. Making one’s own wounds a source of healing, therefore, does not call for a sharing of superficial personal pains but for a constant willingness to see one’s own pain and suffering as rising from the depth of the human condition which all men share.” Nouwen calls upon us to see our wounds, the damage this year has done to us, not as detriments but as a place from which we can grow together. We have not all had the same year, but all of us have been hurt in our own way, and all of us can learn from our wounds to heal each other.

This work can only be done through hospitality, “the shared confession of our basic brokenness and [our] shared hope…. Which allows us to break through the narrowness of our own fears and to open our houses to the stranger.”

Our pains need not be suffered alone; our wounds can be healed together.

As he stares into the smoke-filled sky, a broken man hears a low voice singing softly in the darkness. Shuddering with cold, he is overcome with the tune—mournful, yet beautiful—of the Kol Nidrei: an echo of Divine love and compassion unto the thousandth generation. As he listens, spirit is returned to the man, for even in Auschwitz there is faith that cannot be broken.

2021 will not bring us redemption, the world will remain marred until the end of days. Our wounds are deep, but they can bring us meaning; we are called upon to use them to heal others and, in doing so, heal ourselves. We can and must come together, bound by our wounds, to work towards a better world. We will face setbacks, but what other choice do we have?

As 2020 ends, there is work to be done and pain ahead of us on the road that goes ever on and on. Yet, from this road stretching into the depths of time in both directions, we are joined with the hopes of our ancestors.

This year has been rough, but next year… there will be feasting and dancing in Jerusalem next year.