We really are not all in this together 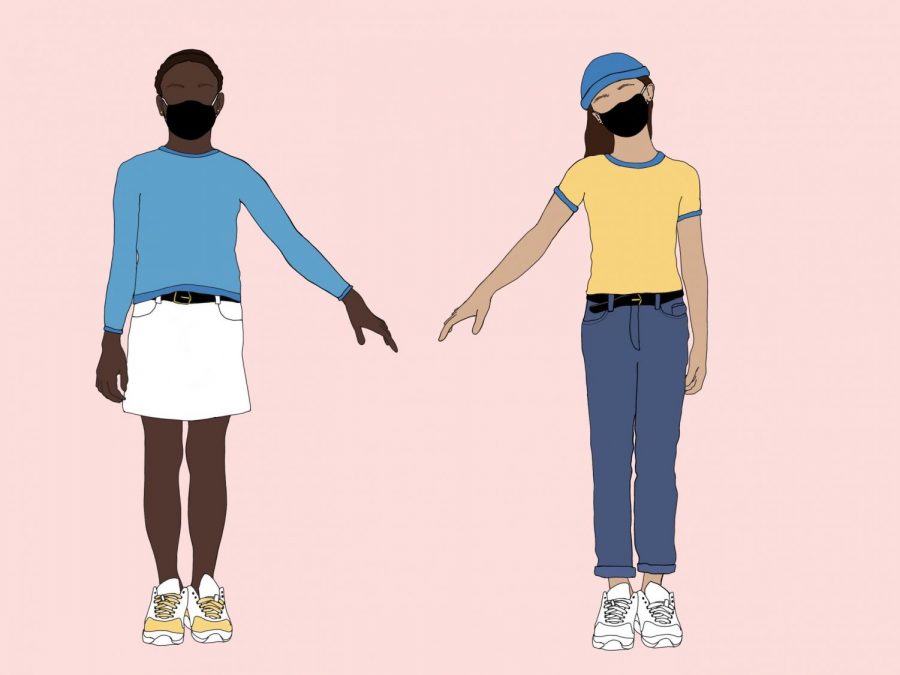 The COVID-19 virus has taken over our world. It has impacted people across the world and because of this,  many have seen this pandemic as a time where we can all come together. More people have been connecting with family members and friends that they do not see as often, all in the spirit of making the most of our time in isolation.

However, due to the dire nature of these times, some people, even within our own community, have resorted to selfish actions that go against this mentality that we are all in this together.

During this pandemic, there have been many changes from our day-to-day life. One example of this is how we have had to ration out many everyday items. However, that does not stop people from buying in excess, which is selfish. While grocery stores have been limiting the amount of specific items purchased, it still does not stop people from constantly stocking up on goods, which is particularly unfair to many people of lower income as well as elderly people who rely on monthly social security payments. Many people who have financially tight circumstances can only go to the store at certain times, especially with shelter-in-place orders, and at those times they need to be able to get the goods they need for themselves and their families for potentially weeks.

If people are taking more than they need for weeks, we really aren’t all in this together because we are simply acting for our own benefit and comfort rather than for the well-being of our fellow humans.

“I truly believe that it is unfair for people to be hoarding goods because these people are taking away from the disadvantage and probably even selling those goods for more than they are worth. This makes it harder for lower income individuals to even have access to these goods, which is totally unfair,” says sophomore Joanna Tafolla.

This idea of choices made without consideration for others is also relevant to access to COVID-19 testing.  It has been heavily reported that there has been a lack of testing, especially given to people of lower income communities, according to The New York Times. Many rich and famous have been given access to tests, even if they have not been showing symptoms. With the disparity among testing for those who need it and the lack of funding offered for tests, the virus continues to rampage across the globe.

The lack of communication between the federal government and state officials also reflects that leaders are not unified in their approach. Government officials are not always being transparent with each other, even as they are working towards similar goals to help American communities survive the pandemic.

An example of this is when President Trump commented in a press briefing  that using a disinfectant could “knock it [COVID-19 virus] out in one minute, one minute” and how we should try using an injection to clean out the lungs. While he has since retracted his statement, Trump’s advice was counter to medical professionals and the message of other government officials, further confusing and endangering the American people. “There definitely needs to be better access to coronavirus testing because there are a lot of individuals right now risking their lives in order to go to work. They should have the clarity that the individuals who are infected are at home or are being treated,” says Tafolla. “Having better access to coronavirus testing would make it easier for individuals to live without fear of knowing who they interact with might have corona. I guess it would just bring some peace to the workers who are risking their lives for us and would help individuals stay home in order to prevent the spread of the virus.”

It is not just with hoarding goods and access to testing that people have shown we really are not all in this together. Despite the government declaring a stay at order, there have been many people who have been ignoring the declaration. At the beginning of the pandemic, spring breakers still partied in Florida. Even now, people have still ignored the social distancing order. When the weather got better, more and more people got outside and closer together.

While the impulse to be with one another is natural and often cultural, it is imperative to follow the rules mandated by our government if we want life to go back to normal. By staying inside and six feet away from each other, we are prioritizing the health and well-being of our fellow humans while also helping for those on the frontlines combating this pandemic.

“I do consider those people [who are going outside]  being selfish and ignorant because they believe that their social life is more important than people’s health,” says freshman Heath Grossman.

During this pandemic, life has been difficult for everyone. Staying home alone, having to adjust daily schedules, it is all new and frightening. To try and make this time easier, people have been saying that we are all in this together. However, if we were truly all in this together, people would not hoard goods. Government officials would communicate with each other. Everyone would have access to testing, no matter what their financial circumstances may be. And, people would oblige by the orders and stay at home.

If people began to realize the implications of their individual actions and consistently think about others in their community, then and only then would it be appropriate to say we are all in this together.