The lack of representation of bisexual and pansexual identities on television 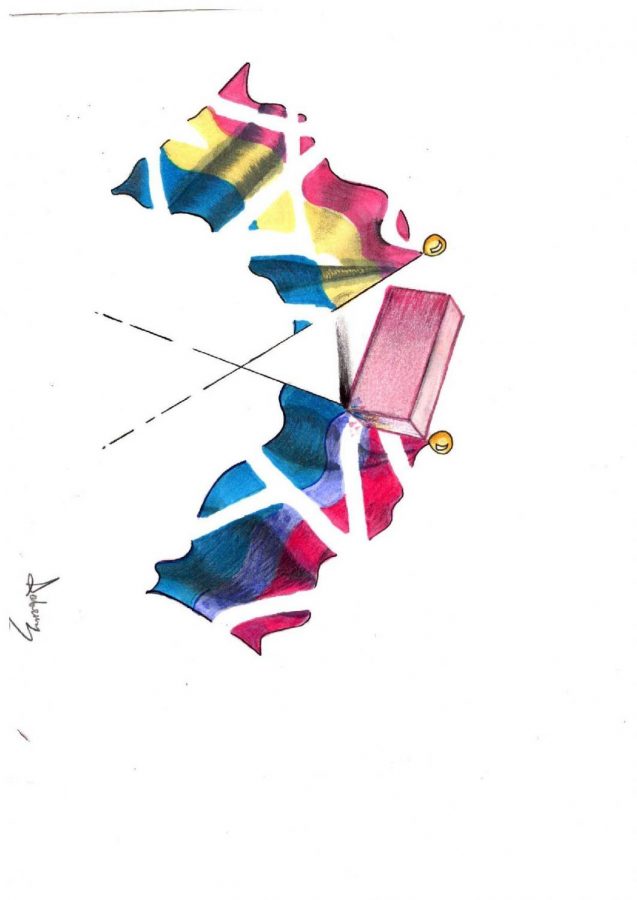 Every time I sit down to watch TV, I keep my eyes open for someone like me. A bisexual person, whose role isn’t just to be a cheater, a manipulator. But for the most part, all I see are gay men who are tossed into the show to make it seem “diverse” and “popular” with young people.  Of course, there’s no denying the progress that has been made in the representation of LGBTQ+ identities on TV. In 2018, representation reached a record high, with 8.8 percent of the 857 characters on TV being openly LGBTQ+, says the GLAAD 2016-2017 report of LGBTQ+ representation on TV. In 2005, less than two percent of the characters on broadcast TV were LGBTQ+, and they were mostly side characters, built off of stereotypes. We’ve made progress, no doubt about it. But let’s face the facts. White gays and lesbians still hold the largest percentage of the representation, a statistic that does not realistically represent the actual makeup of the LGBTQ+ community. Only a small percentage of the characters were bisexual or pansexual, two identities that hold large percentages of the LGBTQ+ communities, yet are still not represented on TV.

Bisexual erasure or invisibility is the tendency to ignore the existence of the bisexuality, both in history and in current day. In some cases, it is the belief that bisexuality does not exist. Pansexuality is often erased by being deemed “bisexuality” and not being recognized as a different sexual orientation. Bisexuality and pansexuality are often seen as the same thing because they encompass being attracted to multiple genders. However, while pansexuality is attraction to people regardless of gender or sex, bisexuality is attracted to two or more genders. Proper representation of pansexual and bisexual identities is also lacking in the LGBTQ+ people of color shown on TV.

According to the GLAAD report, there were only 16 black, four Latinx, nine Asian Pacific Islander, and one mulitracial LGBTQ+ characters on broadcast networks, compared to the 41 white LGBTQ+ characters.  The report also shows that there are very few well-known bisexual charcaters of color represented on TV, such as Magnus Bane, from Freeform’s Shadowhunters, Callie Torres from ABC’s Grey’s Anatomy, and Rosa Diaz from NBC’s Brooklyn Nine-Nine. Out of the 83 bisexual characters on mainstream TV, only 19 are men. There has always been more representation of bisexual women than men, due to the stigma that is much heavier on men who are bi. According to a study conducted in Australia in 2018, 40 percent of men who identified as bisexual were out, compared to the 83 percent of gay men. There are very few openly pansexual characters on TV: David from Schitt’s Creek, Brook Soso from Orange is the New Black, and Jack Harness from “Doctor Who, not including characters who have been identified as pan by the producers, cast, or writers with little or no representation on the shows themselves.  Only one of the previously named pansexual characters was a person of color: Brook Soso.

Sophmore Libby Ketzback, who identifies as bisexual or queer, says that she rarely sees herself represented on TV. Libby also says that as a bisexual person, she’s experienced her sexuality being invalidated.

“People often tell me I’m confused, or that I have to pick. I’ve had someone go up to me and tell me that bisexual people are cheaters. I’ve also had someone say behind my back that I’m bi because I can’t get guys,” she says.

Sophomore Avery Cummings who identifies as pansexual, says that they don’t see their sexuality in mainstream media. They have also experienced invalidation of their identity, and erasure.

“I think that there is a lot of erasure of Pan identities, or especially just grouping it with bi, omni, etc. I also find that aside from basic homophobia, there are people that think that I have to decide between gay and straight,” Avery says.

Not seeing yourself and your identity represented in such a large part of media, can make someone feel like they’re not valid. So, until we do,  thousands of us have to settle for the cheaters and manipulators society thinks we are.