Teenagers, labor and unions: a call to action 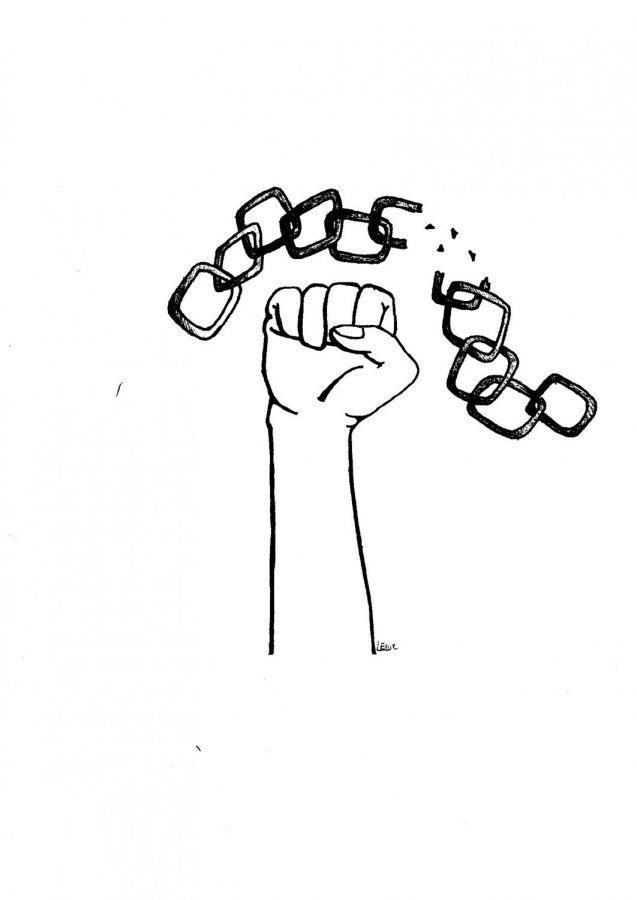 According to the Bureau of Labor Statistics, five million American teens between the ages of 16 and 19 are at work, toiling their hours away.

Some of us work to support our families, or to gain financial independence, or to  finance an evermore expensive college education on our own terms. Our work is valuable. It is vital to both the interconnected society we live in and the lives we support.

And yet all of our earnings are on average lower than any other age group. Our hours clash with our study schedules and our at-home responsibilities. And our bosses, often middle managers or small business owners, routinely engage in wage theft (by misappropriating tips or illegally shortening hours) and abuse. The Economic Policy Institute estimates that upwards of $60 billion per year is lost to wage theft, primarily in low wage jobs (which are often held by teenagers).

In short, our labor is exploited. Our time is wasted and our dignity is disrespected. Our age gives our employers a cover to commit abuse, and also makes traditional support resources unattainable.

How is a minor spending seven hours a day at school and still more hours at work supposed to find time to contact a lawyer, or report predatory practices? How are we even supposed to know how to?

Schools don’t offer classes that cover this kind of self advocacy. As a matter of fact, they compound the issue. “No-nonsense” teachers train us to take abuse from those in a position of authority. Arbitrary and complex grading systems tell us that rewards for our time and labor are out of our control. Punitive discipline codes make us fear regulatory authorities.

All of these factors train teens to devalue our time and effort. We accept starvation wages of eight dollars an hour with little question. We brush off a discriminatory comment or a disparaging remark. We keep our heads down and remove ourselves from the conditions of our own experience.

And in return, we receive scraps. Our already low wages are riddled with surprise garnishments. We usually don’t receive benefits or raises or bonuses. Essentially, we are kept on the hook at great personal expense for inadequate compensation.

This must change by any means possible. And we know how to change it.

For the first century after the ratification of the US Constitution, the vast majority of workers in this country toiled under similar conditions. Those who weren’t actual slaves were paid scraps, routinely discriminated against, and had no political power.

So they fought. The American labor movement arose during the Gilded Age, with the explicit intention of breaking the owning classes political and economic hegemony. Powered by groups like the Industrial Workers of the World and the American Federation of Labor, workers went to war.

Their battles read like reports from a warfront. Eleven died in a battle with police in Chicago in 1886. Eighteen were killed in Homestead, Pennsylvania in 1892 and thirty others in Pullman, outside of Chicago, two years later. Twenty people died when the notoriously anti-union Los Angeles Times was firebombed. One hundred forty six women succumbed to fire in New York after a fire started in their factory, in which an anti-union boss had chained the doors closed during work hours. Twenty one were gunned down by the National Guard in a Ludlow, Colorado family camp, during the Colorado Coal Wars that would claim up to 200. Ten died in a furious battle outside Matewan, West Virginia, followed by one hundred more after a heroic sheriff from Matewan was assassinated at the courthouse.

And for all this blood and death, the American laborer earned something. Child labor was outlawed. The minimum wage and overtime were established. An eight hour workday was promoted. Unions were legalized and protected, culminating in the Wagner Act, which allows collective bargaining, or employee input on the economic actions of companies. The people had won.

With their victory, the country changed significantly. All of a sudden, the middle class and the suburbs appeared, powered by wealth gotten through unions.

And in the last fifty years, it’s all fallen apart.

Today, there are less people unionized than there were fifty years ago. Having lost the physical war, the moneyed class has engaged in a cultural campaign to crush sympathy for those who valued their labor. Bosses and owners have made unions look dangerous, while simultaneously passing laws that undermine unions’ effectiveness.

The fight must begin again, with us.

The country has forgotten what it worked so hard to attain. We, the youth, must remind those who have forgotten. In the words of freedom fighter Huey Newton, “the revolution has always been in the hands of the young.”

Those of us who oppose exploitation, who oppose the theft of our hard work, must unionize. In every job and in every manner, we MUST join together.

At the beach and at the pool, in restaurants, shops, and theaters, the youth must revolt. Get a complete schedule and bring your coworkers on board. Demand control and oversight of hiring and firing decisions and of hours apportionment. Raise your pay to $15, $20, $30 per hour. Go on strike, with or without giving your employer notice. If your boss hires replacements, form a picket line and prevent others from entering.

You are more valuable than even you know. Your life and your work is yours and yours alone. Seize it.

Or continue getting paid $8 an hour with your head down and your conscience repressed.