Journalists cannot be afforded the right to be wrong 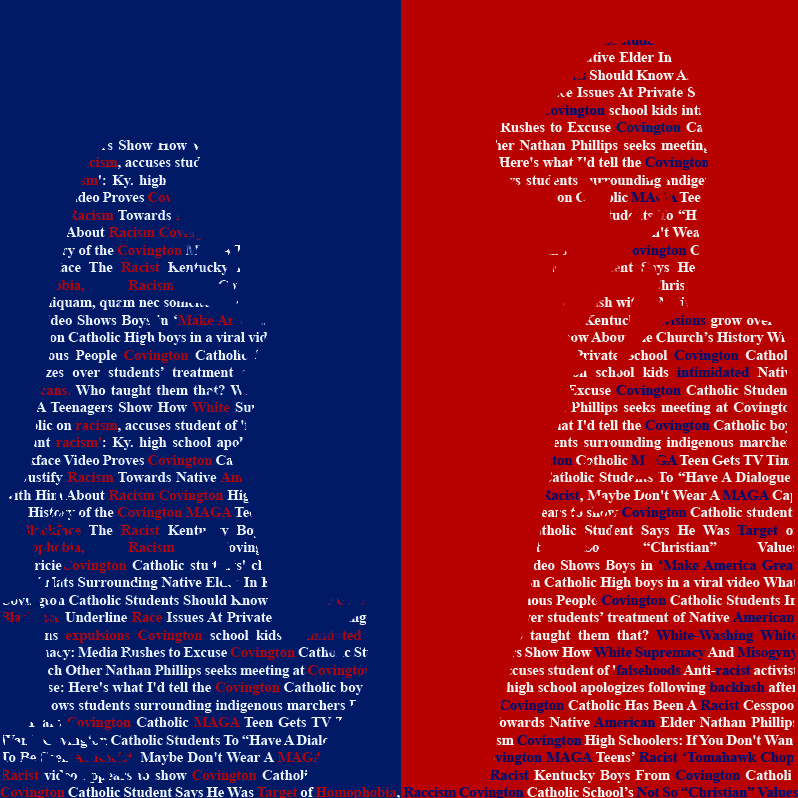 On Friday, January 18, a video was released and promptly picked up by the majority of mainstream news outlets. The video, a 60-second clip, shows Nathan Phillips – a Native American man who was in attendance at the Indigenous Peoples March earlier that day – beating a drum in front of 17 year-old Nick Sandmann, a Covington student donning a “Make America Great Again” cap. In the background, we see other students jump around to the drum beat, some appearing to Tomahawk Chop, while Sandmann stands in front of Phillips, smiling.

This video prompted massive outcry online. People shared the video hundreds of thousands of times, some even calling for the boys’ personal information to be leaked. It even led The New York Times to run with the headline “Boys in ‘Make America Great Again’ Hats Mob Native Elder at Indigenous Peoples March” on their original piece about the situation.

Except that wasn’t the end of the controversy. It was just the beginning.

I want to now state that I do not support the language used or actions taken by the Covington Catholic High School students or the Black Hebrew Israelites throughout the events on the steps of the Lincoln Memorial.

But the media screwed up.

Over the next few days, more video was released detailing the events that took place, flipping what the media first reported on its head.

Now knowing the entire situation, it’s quite obvious that the first video clip that went viral didn’t come close to depicting the events that took place. The clip doesn’t even mention the Black Hebrew Israelites, who shouted slurs at those attending the Indigenous Peoples March hours before the Covington boys even showed up.

Yet the media, seeing a group of young white boys wearing MAGA hats while jeering on a Native American elder, immediately reached a “guilty” verdict from one 60-second snippet.

In an era where many on the right will now call out “fake news” for one minor media slip up, journalists cannot and should not jump to conclusions on developing, controversial stories. News is not a mixture of facts and assumptions; news is fact, and should only be fact.

There are, of course, other moments in which the press has neglected to provide the most accurate story. Flashback to 2017, CNN, ABC News and NBC all managed to publish at least three incorrect reports surrounding the Russia investigation. Fox News even jumped in on the fun, publishing a story on the investigation into the murder of DNC Staffer Seth Rich. In it, they seemingly supported the wild conspiracy theory that Rich was murdered by the White House for being the source of a leak to WikiLeaks (he was later confirmed not to be, obviously).

Notice the news outlets that I just listed. According to recent estimates by Statista, those four news outlets had a combined 266 million unique monthly visitors, as of May 2018. While some of those visitors may have visited the same website twice, that number is still far too large to be receiving inaccurate reports on controversial topics such as the Russia investigation and the murder of a DNC staffer.

However, that was then. The Covington boys controversy is now, and the playing field has changed drastically. According to a 2018 Knight Foundation poll, trust in the media is down more than ever, and still decreasing. More than 30 percent of those who identified as conservative said they had not only lost faith in left-leaning media but expect the media to remain this way. The misleading reports on the Covington boys controversy only worsens this divide.

In order to bridge the gap between the people and the press, journalists cannot be afforded the right to be wrong. The media needs to learn from the mistakes they made in their initial reports on the Covington boys controversy in order to ensure that a screw up like this doesn’t happen again.

Because the media did screw up.