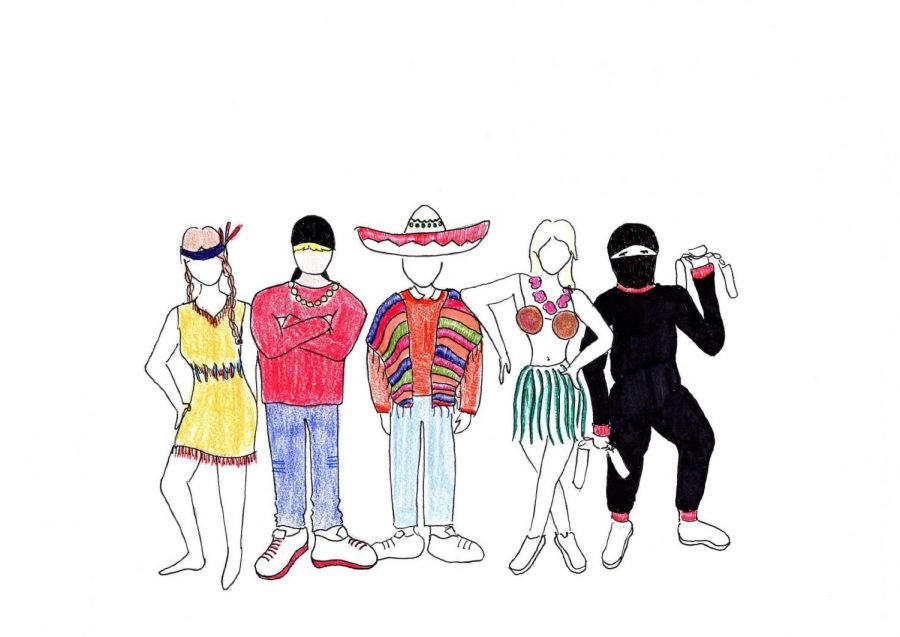 You’ve seen the Instagram posts, you’ve heard about it in the hallways, Halloween, or “Spooky Szn”, is among us. But before you get too excited about your costume, make sure that the sight of it doesn’t scream cultural appropriation.

Cultural appropriation is the act of taking or using elements from a culture that is not your own, without showing that you understand or respect this culture, as defined by the Cambridge English Dictionary. It is a concept that proves to endure, despite living in an “activist” society. Displaying disrespect towards other cultures is an issue that is hurtful and avoidable. There should be no exceptions for cultural insensitivity, including Halloween.

In the past, there have been many instances of appropriation during Halloween. TV shows and movies often portray examples of cultural appropriation that are surely prevalent in real life, whether it be mascots, or clothing worn at costume parties. One example of such a costume is blackface, as portrayed in the show Dear White People. In this situation, white students of Winchester University threw a blackface-themed Halloween party. It was incredibly disgusting and disrespectful, considering the fact that ultimately it was black people being ridiculed through obscene portrayals by dominant groups. The fact that these students thought it would be fun and acceptable is extremely messed up and outright racist. Rightfully so, the students of color at Winchester were outraged.

The ultimate problem with this type of cultural insensitivity isn’t only that it is bad to see portrayed in a television series, it’s that these instances actually happen, especially around Halloween. What often occurs is that people, even those who are aware of the basic premise of cultural appropriation, think that since everyone is dressing up there will be no consequences for their decisions. This is absolutely untrue.

During SOAR office hours at ETHS, students and faculty discussed their experiences regarding cultural appropriation during an intentional discussion on the topic. These experiences include friends being culturally insensitive, as well as peers from other schools wearing something depicting an element of another culture. What was common among all of the stories was that in the end, the understanding of the situation and how to fix it was hard to pinpoint. The clear reason behind this is that cultural appropriation is an issue that is not directly addressed within the bigger community.

Another component that comes into play is that some people may be hesitant to engage in conversations about cultural appropriation because they might not believe that it is relevant in their lives. For example, NBC host Megyn Kelly recently made a remark stating she did not see a problem with people portraying blackface. This is just one instance of a lack of awareness on the issue of cultural appropriation. People, especially public figures like Kelly, need to be aware of their identities and how it affects others.

Appropriating a culture should have consequences, as it is downright hurtful and offensive. Along with so many other issues, cultural appropriation is something that needs to be brought to the attention of everybody. It is important that we educate ourselves on the matter with the help of teachers and community leaders. This awakening will help to prevent instances of cultural appropriation not being taken seriously. It is quite easy to get away with wearing or doing something that reflects an element of another culture, when it really shouldn’t be.

Whether or not the intentions behind your seemingly innocent and creative costume are good, it is crucial that you recognize the origins of it. Remember, appropriation is far from appreciation.