Gen Z must be aware of their shortcomings 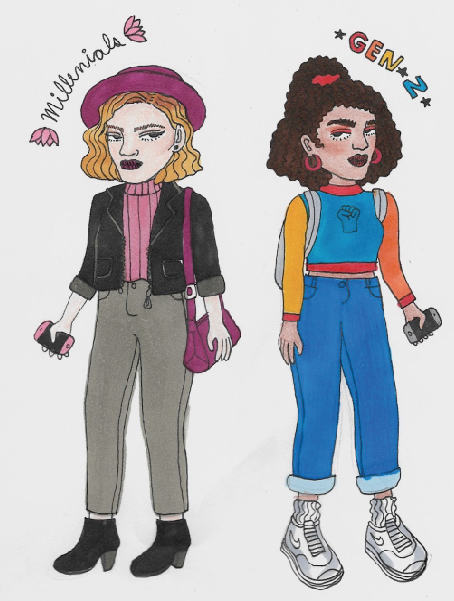 After Parkland, there’s a fascination in the generation born after 1996. What’s so special? Turns out, a lot.

The vast difference stems from the incredibly disruptive environment that Generation Z grew up in Generation Z grew up with the aftermath of 9/11. Not just one, but two wars dominated their childhoods. They lived through the economic uncertainty of the 2008 financial crisis. Mass shootings, like that in Columbine, Las Vegas, Orlando and now Parkland, have become an almost monthly occurrence. Finally, as many Gen Zers are growing old enough to really understand politics, the American political system has become more and more divided. Basically, Generation Z has grown up in a much more uncertain and hostile world than Millenials.

This mixture of good and bad creates an interesting dynamic. Not quite “revolutionary,” nor completely complacent, Generation Z can forge a unique path.

In an interview with the Evanstonian, Morley Winograd, a Senior Fellow of the University of Southern California who studies generations, says that Gen Z will have attitudes similar to previous “adaptive” generations.

“Although adaptive generations spend much of their time smoothing out the rough edges of what civic generations (like Millenials) have created by their disruptive tendencies, they also produce individuals who overturn cultural and political norms when they can’t be reconciled with the new reality.”

Yet many beliefs are still divided by race and gender. Over 80 percent of young people of color believe there is discrimination against black people in America. Meanwhile, the majority of Gen Z white men think racism is a problem of the past. Only 27 percent of young white people view protests in a positive light. This reflects their more complacent tendencies.

Generation Z is more accepting than previous generations, yet hasn’t broken from American norms. Good thing is, there’s still time to change. We can stitch our country back together while also rejecting old social norms. We just need to be aware of our shortcomings, and keep up the activism and intolerance for injustice that was shown in the national school walkout.