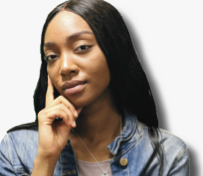 As Justin Timberlake celebrates his third invitation to perform at the Super Bowl, the effects of Nipplegate still affect Janet Jackson, while he remains protected by privilege.

Timberlake’s third Super Bowl performance comes 13 years after famously ripping Janet Jackson’s bra off, exposing her breast and tainting her image. He has announced that he will be the entertainment at the 2018 Super Bowl halftime show. It’s only natural — what makes a better halftime show than a singing, dancing entity of privilege?

“Nipplegate,” the event that introduced the 5-second delay for live TV, demonized the female nipple and made Janet Jackson a villain, is now a distant memory to Timberlake as his career continues to prosper. The fact that he is a symbol of success and admiration, without the media going into an angry uproar is more than ridiculous. It’s sexist and prejudice, and there’s a name for it: White Male Privilege. This is the kind of privilege that says there is only one person to blame, the black woman.

Since the incident, Jackson experienced mass ridicule from about every radio and TV show and was allegedly banned from ever performing at the Superbowl again. Even the Janet-inspired Disney statue was taken down.

In response to the the scandal, Jackson was pressured by her management to ‘confess’ that it was, in fact, her idea to alter the routine to include the stunt. She clarified in this apology that the wardrobe malfunction, however, was an honest mistake. People understand that the incident was a mistake, but overlook the fact that she should not have apologized in the first place.

A last minute change so risque of course had great potential to go wrong, but it was a decision that they made together. Nobody forced Timberlake to agree to the new routine. Moreover, it was Janet’s artistic right to make a change like that. Tim Cruz, member of Rage Against The Machine, in rebellion for not winning an award at the 2000 VMAs decided to hop on stage like a child and straddled on of the statues, yet wasn’t blacklisted for that. Why is that, you ask? Because he’s a white male and with that identity comes the privilege to do whatever seems eccentric or brash enough to boost one’s own fame.

It’s not Timberlake’s fault for having privilege; that’s just something he was born with. However, it is his fault for not acknowledging that his privilege derailed the path of Jackson’s career. Because of Nipplegate, we’ll never know how her career could’ve flourished.

Timberlake has a couple options at this point. He can either enjoy all the glory that comes with performing at the 2018 Super Bowl or he can bring out Janet Jackson in an effort to reconcile things. It won’t reverse the harm done to her image but it surely would be a step against white privilege, a step in the right direction.