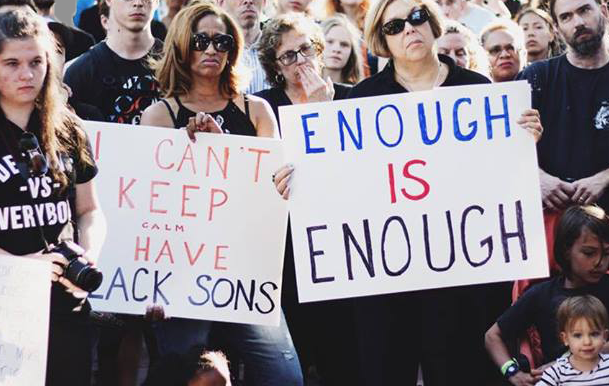 The Blue Lives Matter movement is a huge punch in the face for social and civil rights activists everywhere.

The summer of 2016 has proven to be the breeding ground for hashtagwars, one of the most controversial being #BlueLivesMatter vs. #BlackLivesMatter. #BlueLivesMatter is an insensitive campaign designed to act as a distraction to the hardship of people of color in America. The war has gone beyond the walls of twitter and it needs to end; sympathizing for all cops, good and bad, is not going to solve the problem.

Though the loss of the lives of the officers caused a great deal of grief, this is a feeling black individuals know all too well. Somehow our grief is often televised less, lied about and left without justice. Yet, this wasn’t even the beginning of the adversities that would soon come with this movement. This is where the hashtag battle began.

To insist that the life of someone who chose a dangerous profession is of more importance than an endangered life is absurd. Police officers live under a different set of social and ethical rules, rules that provide them with the honor and responsibility of protecting a community. Yet, they still unlawfully kill an individual from that community without penalty. By offering such a campaign in contrast to the efforts of the Black Lives Matter movement, Blue Lives Matter supporters distract from the real race problem in America and further the distress of the black population.

Yes, it is true that every life is of value, despite color or occupation. It is important, though, to acknowledge that some groups of people live under more scrutiny and relentless prosecution than others, and for that reason, we should focus our attention on campaigns that really matter.