Bringing in refugees is worth the risk 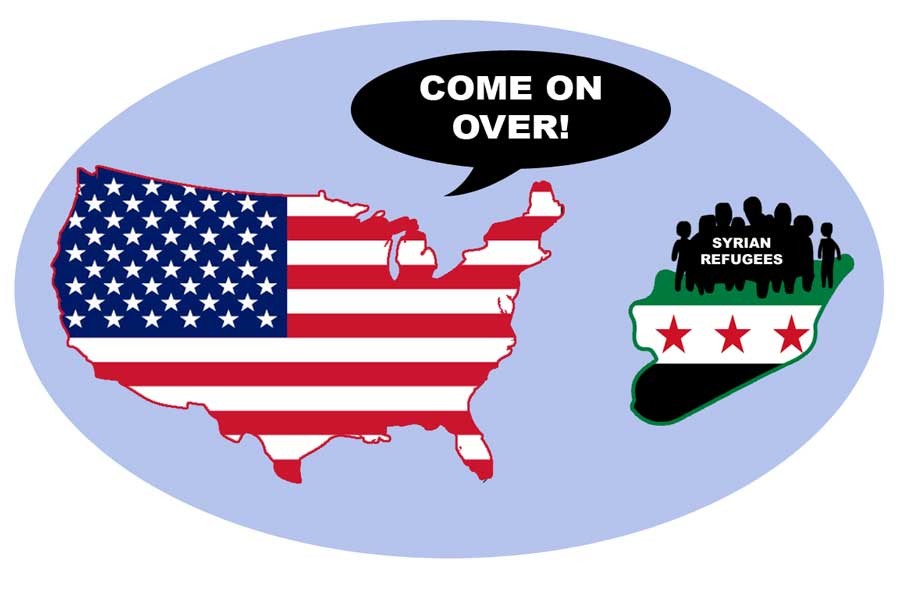 Despite fears that Syrian refugees may pose a threat to Americans through Islamic State (ISIS) infiltration, the risk is small and overshadowed by the benefits of helping refugees. The civil war in Syria and the rise of ISIS caused millions of refugees to flee Syria and enter other countries. President Obama has pledged to accept at least 100,000 refugees. Following the attacks in Paris, many people have raised concerns that ISIS supporters may pose as Syrian refugees, get into America, and unleash terror, which was the case with one of the perpetrators of the Paris attacks. Governors of several states, including our own Bruce Rauner, (Illinois) will not accept Syrian refugees, even though they don’t constitutionally have this authority. America’s refugee screening process, which can take over three years, consists of many hurdles including fingerprint test- ing, personal interviews, extensive background checks and medical screening. These measures are enough to prevent nearly all ISIS threats. This is not to say that changes are not needed in other processes of immigration. For example, more screening may be needed for foreign spouses of U.S. citizens in the wake of the recent attacks in San Bernardino. The more refugees we let in (to a certain point), the more lives can be saved. American lives are not more important than Syrian lives, but we should still make an effort to keep our country safe.