The pedestal problem: Be careful when choosing role models 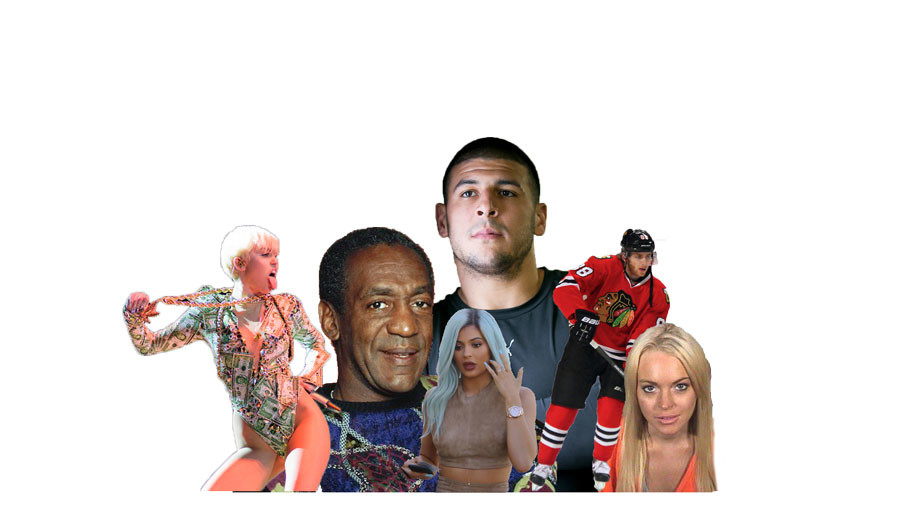 Celebrities may be talented at their profession, but that doesn’t make them good role models.

Several recent news stories have involved actions taken by both athletes and entertainment figures that were at best immoral and at worst horrifying.

One of the main stories in Chicago sports this summer involves the rape accusations against Blackhawks star Patrick Kane. While it is best to reserve judgment on Kane’s guilt or innocence until all facts come out, his continuing bad behavior, including excessive drinking, partying and lack of self-control, is not behavior that befits a role model. However, his jersey is still the highest-selling in the entire NHL, due to his major role in the Blackhawks’ three Stanley Cups. In the entertainment world, the most notable incident this year involved famed comedian Bill Cosby, who has been accused of sexual assult by over 50 women. Unlike Kane, Cosby is clearly guilty. However, like Kane, Cosby had been a role model for many people, albeit a decreasing number of people.

Kane and Cosby are just two of many celebrities who have exhibited extremely bad behavior, ranging from rape to a lack of self-control. Other recent examples include Woody Allen, Michael Jordan, Justin Bieber and Floyd Mayweather. And yet, many still view all of them, with the exception of Allen and Cosby, as heroes and even as role models.

But role models should exhibit good behavior, not just talent in their particular field. There are plenty of athletes and entertainment figures that do generally exhibit good behavior, such as LeBron James, who not only is arguably the best active basketball player, but gives back through such actions as $41 million worth of college tuition for students from his hometown of Akron, Ohio.

According to Taya Kinzie, head of the Dept. of Student Services, people tend to see the world in absolutes, and so tend to find it difficult to separate the athlete or celebrity from the person. This view also makes people less likely to acknowledge the faults of their heroes, either through denying or justifying their actions.

But celebrities are just as human as the rest of us. Some commit horrific deeds, others are genuinely great people, and most are somewhere in the middle. It’s fine to have a celebrity as a hero or even a role model. Just be careful when picking one, and most importantly, acknowledge and learn from their faults.