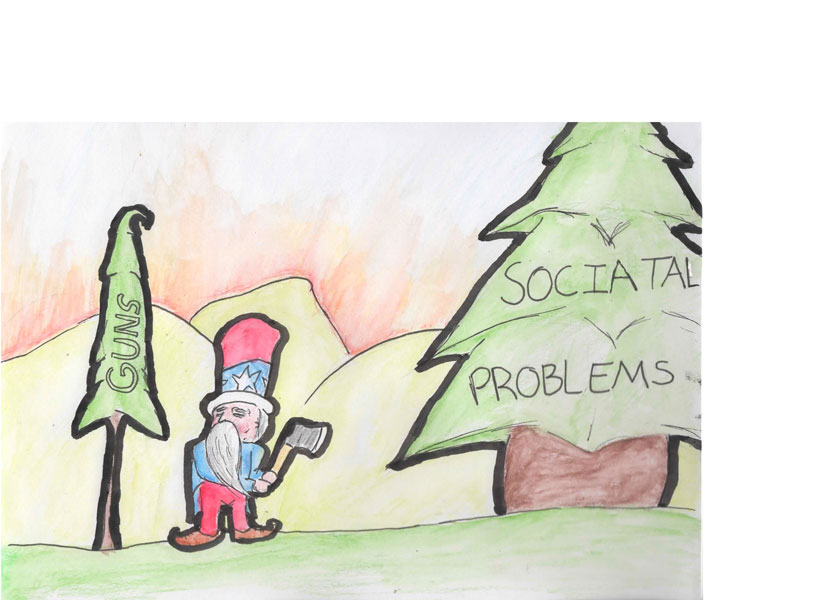 Acting as if guns are the only major cause of gun violence in the United States ignores the reality of American society.

More of the mass shootings that are depressingly common in this country occurred this summer.  According to the Mass Shooting Tracker, there were 255 mass shootings in the United States as of the end of August.

Gun violence is clearly an epidemic in this country. However, it is an extremely complex problem and cannot be solved simply by banning certain types of guns or similar measures.

There are almost as many guns in the United States as people, and as events such as Prohibition and the War on Drugs show, just banning things is usually not particularly effective in stopping their use.

Guns are the direct cause of gun violence, but gun control doesn’t solve the factors that lead to gun violence, such as systemic poverty and lack of access to mental health care and quality education.

This is not to say that gun regulations such as banning large-capacity magazines, increasing background checks and establishing waiting periods are bad ideas. They just can’t solve gun violence by themselves. A more effective solution combines this with universal access to mental health care and quality education, as well as conversations as to how to reduce poverty and end the stigma associated with mental health.