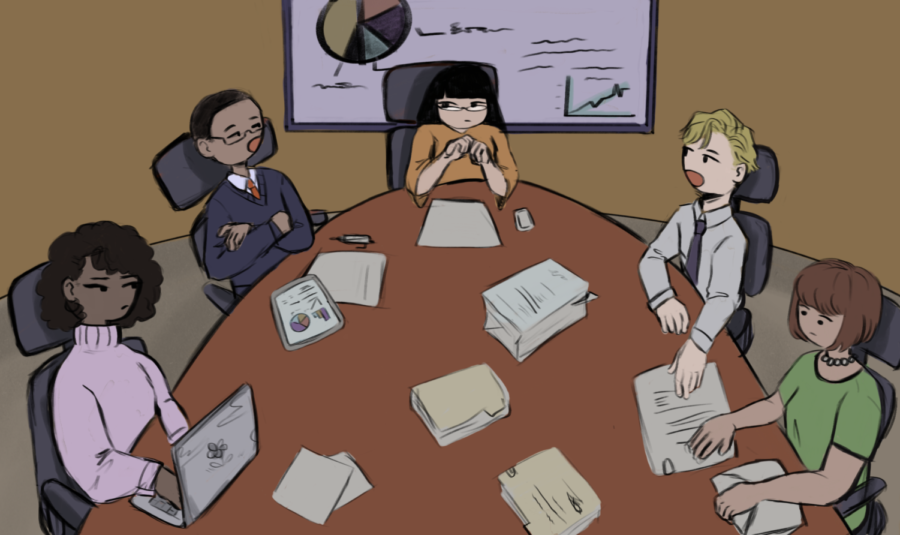 In the severance package provided to both Hardy and Campbell, they are being paid their full annual salary for this school year, while Campbell will take home an additional lump sum of $116,057.37 as part of her retirement. The district agreed to the pay-out provided that neither takes action impacting the operation of the district nor discusses district business.

According to an Evanston Patch article, both Campbell and Hardy provided letters of resignation for the school board, although the letters did not disclose details regarding the reasons for their resignations or leaves of absence. Throughout the 2021-2022 school year, members of the school board and ETHS administration have declined to comment on the senior HR employees’ leave of absence and consequential resignations.

In addition to Campbell and Hardy being placed on leave in October, Scott Bramley, Associate Principal of Instruction and Literacy, was promoted to simultaneously serve as the Acting Human Resources Director. D202 created a singular new role, the Associate Director of Human Resources. Angela Gardner was promoted from Recruiting Manager in order to fill this position, which was created on July 1, 2021. Since the promotions of both Bramley and Gardner, the two have worked together in the HR department, covering responsibilities that previously belonged to Hardy and Campbell.