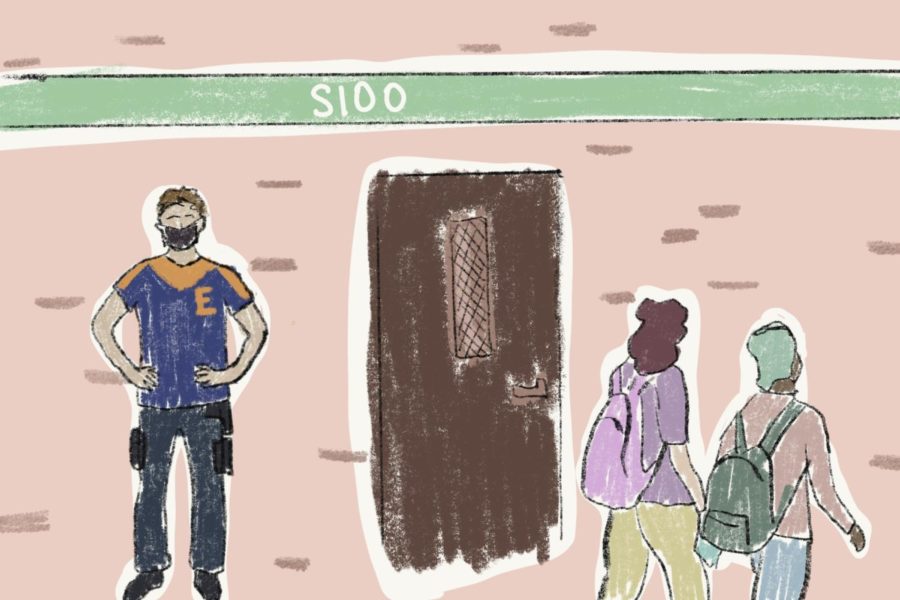 As part of ETHS’ efforts to improve campus safety, the school contracted with Facility Engineering Associates (FEA), an independent consulting firm to conduct a comprehensive security analysis. The review of the FEA’s analysis, consulted on by Paul Tim, was presented at the school board meeting on Monday, Feb. 7. The security consultation was conducted in response to the lockdown on Dec. 16, 2021.

“We do have a consultant who is an expert in this, in fact, [he] has been named one of the top 22 safety consultants in physical safety, and that’s what we’re talking about,” Superintendent Eric Witherspoon said.

The security assessment will be conducted throughout the winter and spring with the goal of reviewing and recommending ways in which ETHS can enhance its security.

According to an email sent to the ETHS community by Witherspoon, “[FEA] will make recommendations about the ways that ETHS can deter, detect, delay, and respond to crisis situations through a systems-level approach.”

At the February school board meeting, letters sent in by ETHS parents and community members were read as part of the public comment section. Amy Averbuch, an organizer for “Evanston for Safe Schools” and ETHS parents, read the letters on behalf of the parents who had sent them in. Many of the letters were written in support of the security assessment, hoping that the evaluation will create improvements and lead to a safer school following the lockdown. Some of the letters written were from local parents, and a few of the letters read were specifically addressed from parents who are part of a new group in Evanston called “Evanston for Safe Schools”, which is comprised of ardent supporters of the implementation of metal detectors in schools.

The group was formed following the lockdown, with a heavy push for ETHS to install metal detectors at the school’s entrances. While the installation of metal detectors is not a part of the security assessment, FEA will review different measures which could work within the ETHS community to keep all students and staff safe going forward.