LaShandra Smith-Rayfield discusses the lack of support from fellow beachgoers 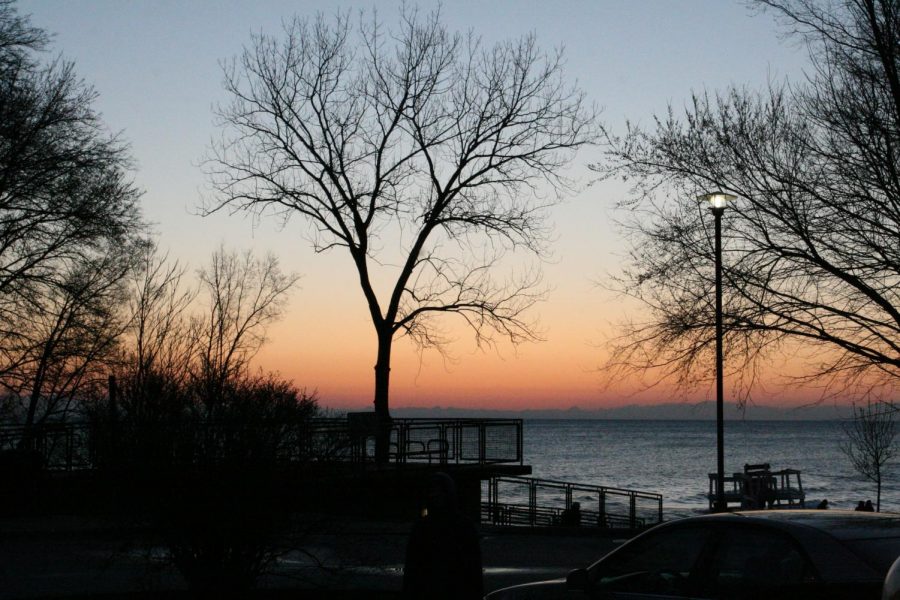 Evanston often advertises itself as a diverse, socially conscious town. However, the contrast between what’s broadcasted and how the Evanston community acted last Wednesday, July 29 is monumental.

Last Wednesday, Evanston resident LaShandra Smith-Rayfield was going about business as usual; Smith-Rayfield, a former social science teacher, now works in Chicago developing curriculum regarding a multitude of topics, such as racial identity. When she unsuspectingly opened Facebook in between meetings, she was met by pictures of a Confederate flag towel being hung up at Lighthouse Beach.

Smith-Rayfield moved to Evanston roughly three and a half years ago, wanting a safe space for her and her children. Once she saw the surfacing image, Smith-Rayfield was left in disbelief.

“Prior to Wednesday I really used Evanston as kind of a safe space. There’s all this stuff going on in the city, but I come back here and I can just sit and decompress, so I tend not to bring  any of my work home,” Smith-Rayfield said. “When I saw that picture, I really thought it had to be photoshopped. I was like there’s no way that there’s a Confederate flag hanging on anything in Evanston, Illinois.”

Rather than sit back and let the hateful symbol be, Smith-Rayfield immediately knew she must take action. Wanting to model how to be an upstanding citizen to her children, Smith-Rayfield made her kids a small ice cream bribe and drove to Lighthouse Beach with her children in the back-seat.

Once they arrived, Smith-Rayfield was very calm in her approach towards the hateful party that brought the flag to Lighthouse Beach. Rather than instantly arguing with the people who brought the flag, Smith Rayfield started the interaction by pulling her phone out.

Smith-Rayfield went live on Facebook, where she ended up receiving nearly 200,000 views before taking the video down. At the start of the livestream, Smith-Rafyield began a conversation with her viewers, not the flag owners. Once the flag-owners noticed her, one man snarkily said, “Do you have a problem?”

Understandably so, Smith-Rayfield did—for millions of Americans, the flag holds so much hate, just one picture of it can punch a hole in the heart.

Despite this, the whole beach continued about their day,failing to step up and stand up towards a blatant act of hate.

“[The amount of bystanders] both saddened me and enraged me at the same time,” Smith-Rayfield said. “I was saddened because I’m the neighbor of these people, I work out in the same gyms as these people, I ride my bike on the same lakefront with these people. If I saw any other children on that beach that fell and scraped their knee, my ‘mama instincts’ would come out and I would go, and I would assist that child. And the fact that I now know that I can’t count on a nice section of this town to do the same thing for me and mine, is beyond saddening.”

Despite much of the Evanston community claiming itself to be advocates for social justice, beachgoers were not on Wednesday, when it mattered most.

“I feel like liberalism and anti-racist sentiment are put on like clothes each day, which means they can easily be taken off whenever it gets too hot,” Smith-Rayfield explained. “Evanston definitely uses its liberalism, its anti-racism and its image of itself of being inclusive and diverse as a parka almost that they can pull on and pull off, a windbreaker that it can pull on and pull off.”

While Evanstonians love talking the talk, in Smith-Rayfield’s mind, members of the Evanston community need to start walking the walk.

“If we’re all uncomfortable for a short amount of time, it means we’ll reach the place we all want to be in much faster. We need to choose to be a team and fight the enemy in front of us. In this case, it’s the enemy of hate,” Smith-Rayfield said. “You can’t decide that because you’re uncomfortable for a few minutes that it’s okay for millions of other people to be uncomfortable. And that’s what the flag did, and that’s what everyone’s complacency on the beach did.”