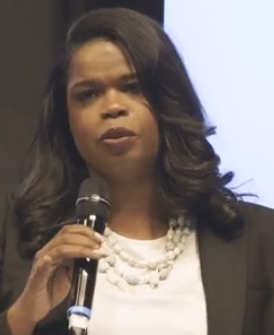 In the March 17 Illinois Primary, voters voted for not only presidential primaries but primaries for many local Cook County positions and judges. Election ballots for primaries are separated by Democratic, Republican and nonpartisan. There was nothing in Evanston, such as referendums, on the nonpartisan ballot this election. You can find full election results here. Cook County voters can find their voter registration status and a list of their current elected officials here.

“Right now, while we are all at home, it’s still important to get registered. In Illinois, you can register to vote online and as long as you are 18 by Election Day in November, you are good to go! Even though we can’t be out and about, we can still vote by mail which is going to be more and more crucial as we approach the presidential election,” junior Alice Gottesman explained.

“I was expecting Biden to continue polling significantly ahead of Sanders overall, but I was hopeful that Sanders might be able to win Illinois. I was a bit disappointed because I thought Chicago area folks would be most supportive of the candidate that fought for working-class rights. However, I understand that people want to vote for who they believe can beat Trump,” senior Audrey Kermgard said.

Evanston voters also selected delegates to the National Nominating Convention as part of the 9th Congressional District. There were 41 people listed, all of whom endorsed a specific Democratic candidate, which includes candidates who have now dropped out from the race. People can vote for eight, so the eight who received the most votes were all six people representing Biden and two people representing Sanders. Interestingly, Evanston mayor Steve Hagerty for Pete Buttigieg was an option. He secured 1.8% of the Cook County vote and 2.56% of the Evanston vote—the highest percentage for any potential 9th Congressional District delegate who was not for Biden or Sanders.

The most contentious race was for Cook County State’s Attorney. There were many local televised debates for the four candidates: Kim Foxx, Bill Conway, Donna More and Bob Fioretti. Throughout the campaign period, incumbent Foxx was regularly forced to defend her handling of the Jussie Smollett case. Nevertheless, Foxx defeated her closest rival, former prosecutor Bill Conway 43.2% to 35.8%. In Evanston, the race was less neck and neck, with Foxx getting 62.52% of the vote.

Dorothy Brown, who has served as Cook County Circuit Court Clerk since 2000, decided not to seek reelection this year. The county clerk is “the official keeper of records for all judicial matters.” It was a very close Democratic primary race; current 20th District Illinois State Senator Iris Martinez narrowly beat Cook County Board of Review Commissioner Michael Cabonargi 32.06% to 31.12%. Martinez and Cabonargi both campaigned similarly, pledging to reform the office through rebuilding public trust and modernizing technology.

Every two years, Cook County residents vote for three Metropolitan Water Reclamation District Commissioners to work as part of the nine-member board. According to the Metropolitan Water Reclamation District (MWRD) of Greater Chicago website, “the Board of Commissioners is responsible for establishing policies and procedures which meet the MWRD’s objective of protecting the water environment for the citizens of Cook County.” This primary election, there were three Green party candidates and 10 Democratic candidates. Among the Democrats, incumbents Kimberly Neely Dubuclet and Cam Davis received the highest percentage of votes overall. Heather Boyle, a Clerk at the City of Des Plaines in the Public Works and Engineering Department secured the third Democratic MWRD Commissioner spot. She ran because she doesn’t want “another Flint Michigan to happen.” Boyle very narrowly beat Patricia Theresa Flynn and Eira Corral Sepúlveda, who all ended up within one percentage point of each other. Incumbent Frank Avilia, the current MWRD Chairman of Finance, placed sixth among the 10 Democratic candidates.

For Evanston voters, there were also primaries for 13 Cook County Judicial Circuit vacancies, two 1st District Illinois Appellate Judge vacancies and two 9th Cook County Judicial Subcircuit vacancies. All potential judges running for these positions ran on the Democratic ballot. Once elected in the general election, judges face retention elections every six years where voters choose either “yes” or “no” for if the judge should remain in their position. You can find full primary election results, including all the judicial races here.

“I spent a lot of time researching everyone that was on the ballot during these primaries before I went to vote. Obviously there is a lot of info out there about the presidential candidates, but it is also important to know who you want on a local level. I used websites like Injustice Watch along with looking through the published endorsements from people like Jan Schakowsky,” Gottesman explained.

In addition to primaries for the previous judicial vacancies listed, there was also one vacancy for an Illinois Supreme Court Judge representing the 1st Appellate Court District. There are seven Illinois Supreme Court justices, three of which represent voters in the 1st Appellate Court District. Illinois Supreme Court judges face retention every 10 years. Out of seven Democratic candidates, Scott Neville Jr. won with 23.74% of the vote in Cook County. Neville has served on the Illinois Supreme Court since June 2018 when he replaced retiring Justice Charles Freeman. Previously, Neville has also served on the Circuit Court of Cook County for five years and the 1st District Appellate Court for 14 years. 25.76% of Evanstonians who chose a Democratic ballot voted for Neville. Daniel Epstein received the next highest percentage from Evanstonian with 21.7%, but only 8.15% of the total Cook County vote. Epstein, an Evanston resident campaigned on reform for the systematic problems within the Illinois court system. However, Epstein was “not recommended” by the Chicago Council of Lawyers, the Chicago Bar Association and the Illinois State Bar Association, whereas Neville was found “well” or “highly qualified” by all three.

Senator Dick Durbin’s seat is up for reelection this year; he ran unopposed on the Democratic ballot. Four Republicans ran to challenge him, and Mark Curran Jr. clinched the Republican primary with 41.5% of the Illinois vote and just over 50% in both Cook County and Evanston.

As far as the Illinois State Senator is concerned, most Evanston residents are a part of State Senate District 9, currently served by Laura Fine, which is not up for reelection this year. State Senate District 7 includes part of Evanston close to Howard St. Heather A. Steans was the unopposed Democrat for this district and there were no Republicans running.

“It was super easy to vote and it’s empowering to know your voice counts in your community and in who represents you,” Gottesman said.