A “betrayal” of democracy: Evanstonians react to impeachment 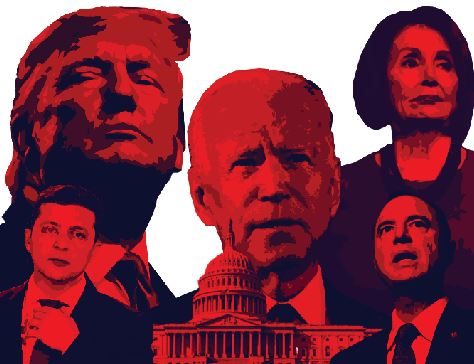 On Sept. 24, Speaker of the House Nancy Pelosi swept every headline in the  nation when she announced the initiation of an impeachment inquiry into President Donald Trump. This historic event has heralded unprecedented developments and, with the evidence growing every day, is fundamentally altering the national conversation. The nation’s future rests on the decisions of the coming days, and the choices made in Washington will have long-reaching impacts—impacts that will be felt in Evanston and beyond.

The main accusation against the president is his potential agreement with Volodymyr Zelensky, the President of Ukraine, to investigate Democratic presidential candidate Joe Biden’s son, Hunter, according to CNBC.

The Constitution defines an impeachable offense by the president to be “treason, bribery, or other high crimes and misdemeanors.” According to Pelosi, Trump has “betray[ed] of his oath of office, betray[ed] our national security and betray[ed] of the integrity of our elections.”

“It’s important to uphold democracy and be really strict on the rules that are out there, especially when it comes to the president,” senior Audrey Kermgard said. “I think that applies on a local level too. You can’t allow people in government to get away with things that are clearly illegal.”

The bulk of the case against Trump comes from a July 25 phone call between him and Zelensky which provides substantial evidence that Trump purposely withheld previously issued defense funds from Ukraine in order to get Zelensky to investigate Hunter Biden for illegal activity. This was allegedly done in an attempt to gain an advantage in the upcoming election, which according to some legal experts, constitutes high crimes and misdemeanors.

“I think it’s really sketchy for the president to do that, but technically sketchy is not illegal,” sophomore and AP United States Government and Politics student Rachael Mullins said.
However, many Democrats including Pelosi feel that the dangers posed by letting Trump’s actions slide outweigh any potential Constitutional gray area.

“Not to impeach is to abdicate the constitutional responsibility of oversight of the co-equal branch of government, the House of Representatives,” President of the Democratic Party of Evanston Michelle Jordan said. “Not to impeach would be to change forever how elections are handled in this country.”

In order for the president to be impeached, a majority of the House must vote in favor of impeachment. Then, a trial is held in the Senate to review the evidence against the president, and at least 67 of the 100 Senators, or two-thirds, must convict him to remove him from office.

According to The New York Times, it is more likely to achieve the majority vote in the Democratic-controlled House of Representatives than to get the two-thirds vote required to convict him in the Republican-controlled Senate. If Trump is removed from office, Vice President Mike Pence would take his place; in the unlikely event that Pence is implicated in the impeachment trial, Pelosi would be next in line for the presidency.

The first president to be impeached was Andrew Johnson in 1868. The next inquiry was over a century later when Richard Nixon was formally investigated for his involvement in the Watergate Scandal by a 1974 House committee. Most recently, Bill Clinton was impeached in 1998 for lying under oath about his relationship with Monica Lewinsky. As Nixon resigned before he could be impeached and Johnson and Clinton were both acquitted by the Senate, no president has ever been removed from office on impeachment charges.

Evanston’s AP United States Government and Politics classes have discussed the impeachment during class time, including the constitutional provisions involved, each branch’s role, past impeachment and student views on the matter. “I’m pretty neutral about the impeachment,” junior and current AP Government student Peter Gallun said. “I mean I could care less if he gets impeached or not because I mean he’s pretty controversial. We’ve seen this before with the Mueller report.”

Mullins agrees with Gallun that impeachment should not be a government priority at the moment. “I think it’s not really necessary and kind of a waste of government time,” Mullins said. “His term is going to be over soon and we’re entering reelection season, and so it could have been brought to the voters as like ‘here’s something he did.’”

Regardless, the impeachment inquiry has already started to affect the national political mood and invoke citizen action from both sides.

“It’s polarizing,” AP Government teacher David Feeley said. “There have been protests by Trump supporters against the impeachment process [and] throughout the country against Trump.”
Some Republican members of government, such as South Carolina Senator Lindsey Graham, are speaking out against the inquiry. Graham held an Oct. 24 press conference condemning the inquiry, calling it “inconsistent with due process as we know it.”

There is also a question of how voting in the 2020 presidential election will be affected by this inquiry. While some believe it will inspire many to vote against Trump, others think it will do little to distance his main supporters.

“The president’s core group of supporters have remained with him and loyal for the past three years,” AP Government teacher Darlene Gordon said. “It’s hard to fathom anything he could do or say to distance them from him.”

On Oct. 31 a resolution on the publicness inquiry proceedings passed 232-196 in favor of making the hearings public with all but two Democrats voting for it and every Republican voting against it.
The impeachment inquiry is not only forcing an evolution on the national view of Trump, but a local one as well.

“I worry about Pence—if the impeachment process goes through—being able to garner more votes in Evanston because he isn’t as outspokenly despicable, though his policies and stances are just as conservative,” senior Ananya Visweswaran said.

While the outcome of the impeachment is uncertain, it is bound to motivate Evanstonians, and the nation, to be more politically active and vocal in our democracy.
“As with most things lately, this process will inspire more Evanstonians to pay attention to what our government is doing,” Jordan said. “People are protesting, observing the processes of government and are standing up when they see anti-Democratic behavior.”

The Evanstonian reached out to the Evanston Township GOP who did not respond to our requests for an interview.