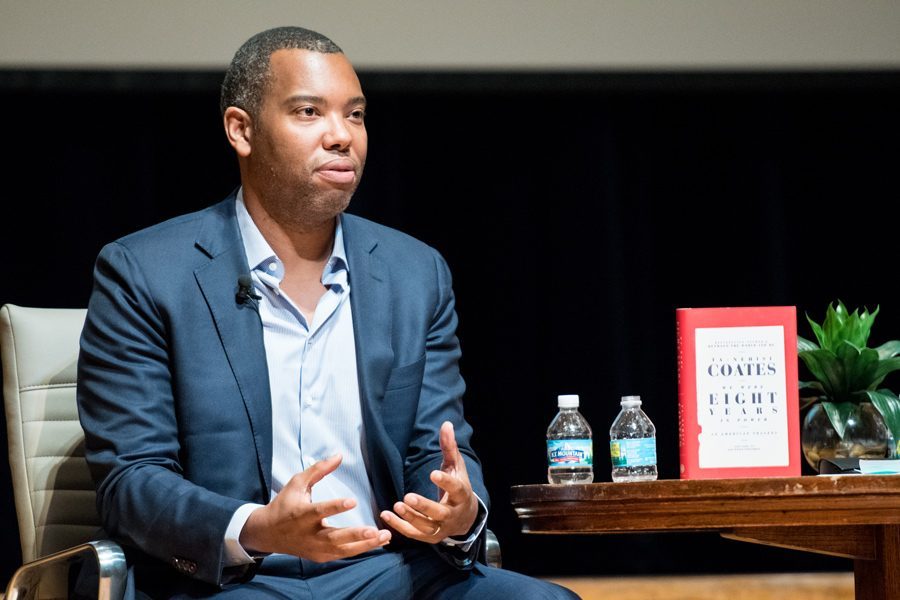 On Oct. 4, critically acclaimed author and journalist Ta-Nehisi Coates will be returning to ETHS to discuss his new book, The Water Dancer. The event will be hosted by the Family Action Network (FAN) and Coates will be interviewed by Hanif Abdurraqib, a prominent American poet and cultural critic.

This will not be Coates’ first time in Evanston as he last came in 2017 while promoting his book We Were Eight Years in Power. Nearly 2,000 people were in attendance, and according to Lonnie Stonitisch, Executive Director of FAN, Coates declared his stop at ETHS as the best event out of his entire tour.

“We were really glad to be asked to host again for his new book,” Stonitisch said.

FAN is a local organization that hosts speakers from across the country at schools such as ETHS. In the past, they have hosted events for a variety of speakers, namely author Bryan Stevenson and Rep. John Lewis.

Stonitsch, who has been an integral part of FAN for several years, spoke very highly of Coates. His upcoming visit to ETHS has students excited as well, something which is clear from the reception to his 2017 visit.

Coates was born in Baltimore, Maryland, and grew up with a love for writing. Most recently, he has been appointed as senior editor at The Atlantic and is also an accomplished author of many books which often discusses cultural, social and political issues across the United States.

The Water Dancer is Coates’ first work of fiction. It details the journey of a man named Hiram Walker, who was born into slavery on a Virginia plantation.

“In prose that sings and imagination that soars, Coates further cements himself as one of this generation’s most important writers, tackling one of America’s oldest and darkest periods with grace and inventiveness,” writes Publisher’s Weekly. “This is bold, dazzling, and not to be missed.”